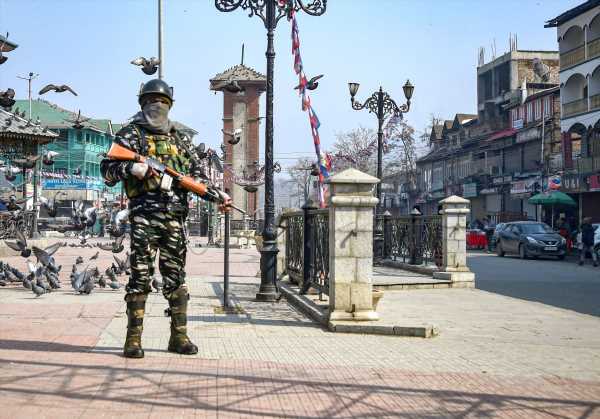 The Biden administration on Wednesday said that there is no change in the United States’ policy on Jammu and Kashmir and welcomed the resumption of 4G mobile internet in the region.

“I want to be very clear there has been no change in US policy in the region,” State Department Spokesperson Ned Price told reporters following a tweet from the South and Central Asia Bureau of the State Department which welcomed the resumption of 4G mobile internet in Jammu and Kashmir.

“We welcome the resumption of 4G mobile internet in India’s Jammu & Kashmir. This marks an important step for local residents and we look forward to continued political & economic progress to restore normalcy in J&K,” tweeted the South and Central Asia Bureau of the State Department.

High-speed mobile internet was restored on February 5 in the entire union territory of Jammu and Kashmir, exactly one and a half years after it was snapped in August 2019 when the Centre had abrogated the special status of the erstwhile state.

Meanwhile, Pakistan on Thursday expressed disappointment at the reference to Jammu and Kashmir in the US State Department’s tweet regarding the resumption of 4G mobile internet in Jammu and Kashmir.

“The reference is inconsistent with the disputed status of Jammu and Kashmir as recognised by numerous United Nations Security Council resolutions and the international community,” Foreign Office said in a statement in Islamabad.

According to a 2019 Congressional Research Service report of August 2019, a longstanding goal of US policy in South Asia has been to prevent the India-Pakistan conflict from escalating to interstate war.

This meant the United States has sought to avoid actions that overtly favoured either party. Over the past decade, however, Washington has grown closer to India while relations with Pakistan continue to be viewed as clouded by mistrust, CRS report said.

On a question related to Twitter shutting down some accounts in India, Price said, “Well, I think what I would say generally is that around the world — and this goes back to what I was saying before — we are committed to supporting democratic values, including freedom of expression. I think when it comes to Twitter’s policies, we’d have to refer you to Twitter itself.”

Responding to a similar question, White House Press Secretary Jen Psaki told reporters at her daily news conference: “Of course, we always have concerns about crackdowns on freedom of speech, freedom of expression happening around the world and when it doesn’t allow people to communicate and peacefully protest.”