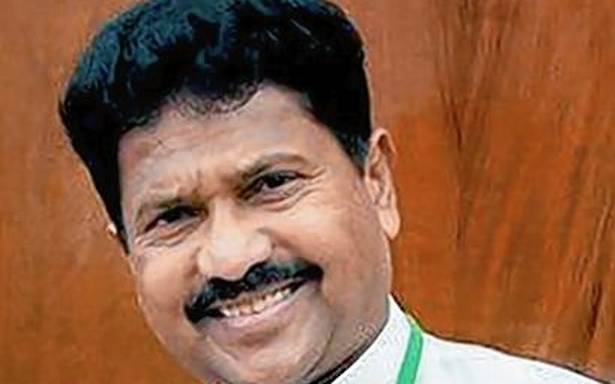 A Bench of Justices S.S. Shinde and Manish Pitale accepted the State’s counsel Deepak Thakre’s statement and adjourned the hearing on Singh’s plea to April 9.

The Maharashtra government told the Bombay High Court on Thursday that it will not take any coercive action against Dadra and Nagar Haveli Collector Sandeep Kumar Singh, who has been booked for abetment of suicide of MP Mohan Delkar, till April 9.

Delkar, a Member of Parliament from the Union Territory of Dadra and Nagar Haveli died in Mumbai in February this year and had left behind a note naming several persons, as per police.

Singh had approached High Court on Wednesday seeking that the FIR, filed on a complaint by Delkar’s son Abhinav, against him in the case be quashed.

A Bench of Justices S.S. Shinde and Manish Pitale accepted the State’s counsel Deepak Thakre’s statement and adjourned the hearing on Singh’s plea to April 9.

Singh’s counsel, senior advocate Amit Desai, told the High Court the FIR that named Singh as one of the accused in the case was baseless and politically motivated.

In his plea, Singh said there was no specific allegation against him in the FIR except the general statement that he along with other accused in the case “gave insulting treatment” to Delkar.

He said he did not know Delkar personally and the only action related to the deceased MP that he took was to conduct an inquiry into a trust that the latter was chairing.

The inquiry was initiated following directions from the PMO, Singh said in his plea, and prayed that the FIR be quashed and he be protected from any coercive action in the interim.