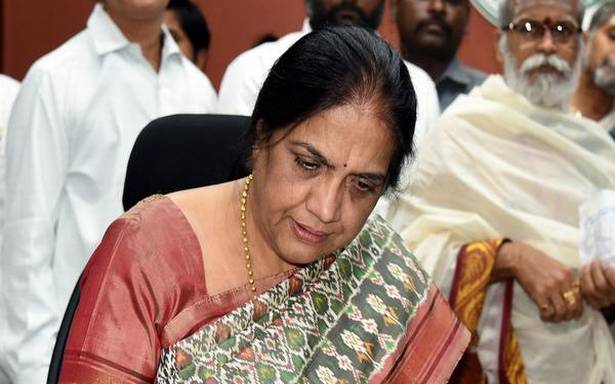 She is the first woman State Election Commissioner of Andhra Pradesh.

Ms. Sawhney, a 1984 batch IAS officer from Andhra Pradesh cadre, was supposed to superannuate on June 30, 2020, but she got an extension as the Chief Secretary. She was the first woman chief secretary in AP. Now, she will be the first woman SEC.

Nimmagadda Ramesh Kumar, who served as SEC till March 31, 2021, became the first SEC of AP after the State bifurcation in 2014. The State government removed him from the post mid-term and appointed Justice Kanagaraj in his place.

The High Court, however, cancelled the State government’s order and restored Mr. Kumar as the SEC. Counting the appointment of Justice Kanagaraj and the subsequent restoration of Mr. Kumar to the post, Ms. Sawhney will be the fourth SEC.