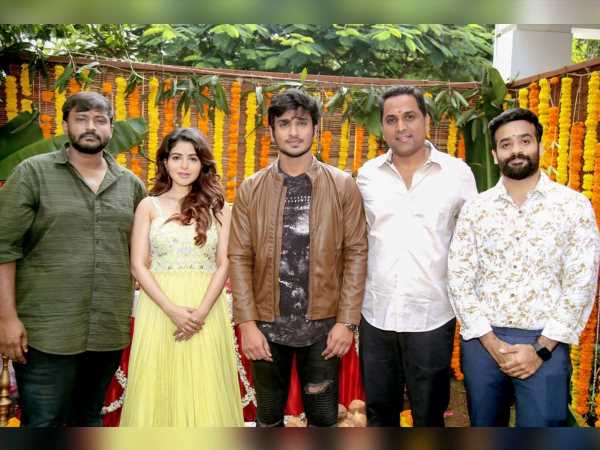 The young actor Nikhil Siddharth teamed up with Garry BH for an upcoming film #Nikhil19. Now according to the latest report, the movie #Nikhil19 was launched today morning in Hyderabad with formal pooja ceremony. The launch event was attended by Nikhil, Garry BH, Iswarya Menon and Sriknath Addala.  Garry BH is known for his pacy editing for films like Hit, Goodachari and Evaru. And now he is going to direct Nikhil Siddharth.

Producer Raja Shekhar Reddy sounded the clapboard, while his kids Dhruv and Eshanvi switched on the camera for the muhurtham shot  which was directed by Garry BH.

Iswarya Menon is playing the female lead in Nikhil Siddharth starrer upcoming action entertainer .  In this film Nikhil is playing the role of a spy.

The makers have already released the first look poster of  this film on 15th August this year.  The first look poster featured an army man, the Indian flag and foreign locations, emphasized that the film is based on war and patriotism. This is the first time Garry BH is going to helm a megaphone which  is being produced by K Raja Shekhar Reddy and CEO Charan. Manojh Reddy is the cinematographer. Whereas Sricharan Pakala is the music director.

On the other hand, Nikhil is currently busy with  upcoming investigative thriller drama Karthikeya 2 and 18 Pages.