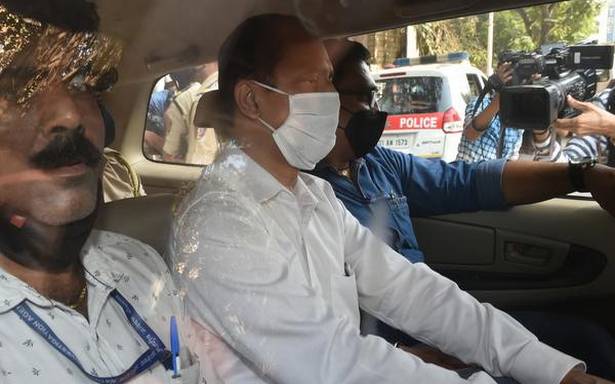 Mr Vaze’s lawyer has sought for a safe cell as his apprehends some danger for his client’s safety.

He was arrested by NIA on March 13 in connection with explosives found in a car near Mukesh Ambani’s residence and for the murder of auto parts dealer Mansukh Hiren.

Mr Vaze’s lawyer has sought for a safe cell as his apprehends some danger for his client’s safety.

The court also allowed the Central Bureau of Investigation (CBI) to access documents for the preliminary inquiry headed by the agency against former home minister Anil Deshmukh.

Meanwhile, the central agency recorded his statement for the third consecutive day after the Bombay High Court directed inquiry into the letter by former police commissioner Param Bir Singh.

The letter written on March 20 to chief minister Uddhav Thackeray alleged that Mr Deshmukh directed Mr Vaze to collect ₹100 crores from bars and restaurants over a month.

Mr Vaze has been charged with sections 286 (negligent conduct with respect to explosive substance), 465 (punishment for forgery), 473 (making or possessing counterfeit seal, etc., with intent to commit forgery punishable otherwise), 506 (punishment for criminal intimidation) 120 B (punishment of criminal conspiracy) of the Indian Penal Code, The Explosive Substances Act and Unlawful Activities Prevention Act.