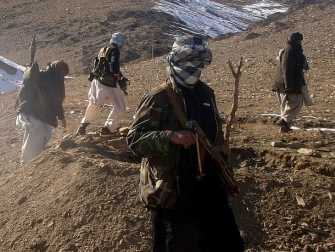 The National Investigation Agency filed a supplementary chargesheet before a special court in New Delhi on Monday against two terrorists of the Pakistan-based terror group LeT for their alleged involvement in a conspiracy to commit subversive activities and wage a war against India, besides killing key personalities of the Hindu community in the country, an official said. The chargesheet was filed against Dr Sabeel Ahmed of Bengaluru and Asadulla Khan of Hyderabad under sections of the India Penal Code (IPC) and the Unlawful Activities (Prevention) Act (UAPA), a spokesperson of the country’s premier investigation agency said.

The case, initially registered in August 2012 in Bengaluru, pertains to a conspiracy hatched by members of proscribed terror organisations Lashkar-e-Toiba (LeT) and Harkat-ul-Jihad-e-Islami (HuJI) to commit subversive activities and wage a war against the government of India, the NIA official said.

They had procured illegal arms and ammunition for targeted killings of important personalities of the Hindu community in Karnataka’s Bengaluru and Hubli, Maharashtra’s Nanded and Telangana’s Hyderabad to disturb communal harmony and strike terror in the society, the official said.

The National Investigation Agency (NIA) re-registered the case in November 2012 and has filed chargesheets against 17 accused.

LeT members Ahmed and Khan were involved in a criminal conspiracy, along with other accused, in supporting and furthering the cause of the terror outfit in Saudi Arabia’s Dammam and Riyadh, the NIA spokesperson said.

They actively participated in meetings, where terrorist activities like targeted killings of important personalities of the Hindu community in Bengaluru, Hubli and Nanded were planned, the official added.

The special NIA court in Bengaluru convicted 13 accused in the case in September 2016 and sentenced them to five years of imprisonment for their involvement in offences under the UAPA, IPC, Arms Act and Official Secrets Act.

A trial is continuing against three accused who were named in an earlier chargesheet, the NIA official said, adding that further investigation against six absconding accused is underway.