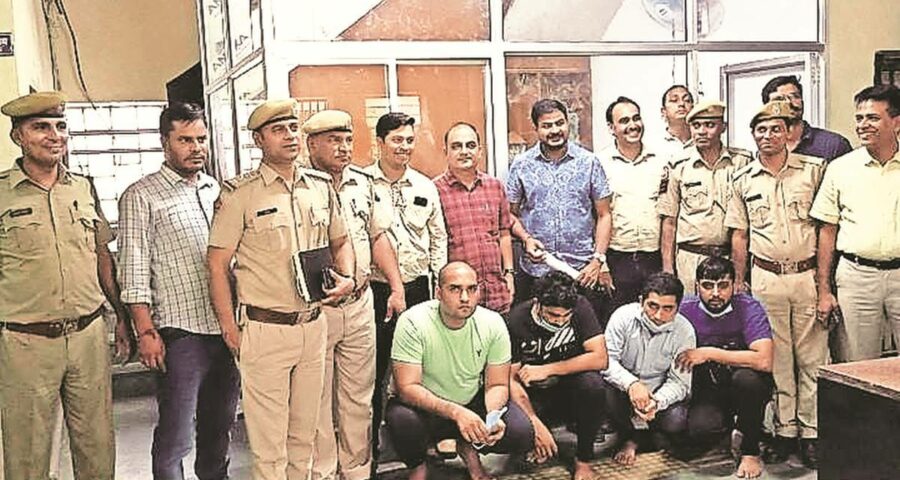 Officials said such an attack could "directly impact the sector" as the whole Engineering, Procurement and Construction model of road-making has independent engineers built in as a vital tool for quality monitoring and accountability. The Ministry of Road Transport and Highways has taken a serious view of the killing of an NHAI project consultant in Jaipur on August 26, and is planning to send a strong warning to contractors about the serious consequences if their functionaries came to harm in the course of work.

Officials said such an attack could “directly impact the sector” as the whole Engineering, Procurement and Construction model of road-making has independent engineers built in as a vital tool for quality monitoring and accountability, and they should be reassured that they were not on their own.

“It is our duty to see to it that our officials and the authority engineers are protected in the line of duty,” Giridhar Aramane, NHAI Chairman and Road Transport and Highways Secretary, told The Sunday Express.

Rajinder Kumar Chawla, 64, was shot dead by two men, allegedly hired by a contractor for an NHAI project to build foot over bridges along National Highway 8 connecting Gurgaon and Jaipur. Police have arrested the managing director of the Haryana-based company, E5 Infrastructure Private Ltd, along with three of his employees for the murder.

On Saturday, the Jaipur police arrested one of the alleged shooters, Dharmendra, from Kurukshetra in Haryana. The SHO, Vaishali Nagar Police Station, Jaipur, Anil Kumar Jaimani, said Dharmendra has a previous criminal record and was hired along with another shooter for Rs 15 lakh by the MD of E5, Karandeep Sheoran (29), and fellow accused Naveen Bisla, 31, Vikas, 33 and Amit Nehra, 26.

Chawla, a retired PWD superintending engineer, worked with URS Scott Wilson India Pvt Ltd, which is engaged as a consultant to E5 on behalf of the NHAI. “Preliminary investigation suggests Sheoran wanted Chawla to approve designs for a construction project which went against the terms of the original contract. The NHAI appoints consultant firms to supervise and monitor the work of its contractors. Sheoran was obligated to get an approval from Chawla, but since the past one year, Chawla wasn’t giving his approval. The original contract was for the construction of single-span foot over bridges but Sheoran wanted it changed to double-span,” Deputy Commissioner of Police, Jaipur West, Richa Tomar said.

Police believe the murder happened over this. “They had arguments at past meetings and Chawla, who was very competent, couldn’t be bent even with the lure of money,” Tomar said.

The contract worth Rs 35 crore, for construction of 14 foot over bridges, was awarded to E5 in August last year. The foot over bridges were supposed to be completed by August 19, 2021, but the firm missed the deadline. Police said the NHAI had levied a penalty of Rs 3.5 crore on E5 for not completing the first and second stage of the project on time.

Officials said the August 26 meeting was scheduled to discuss the extra time Sheoran demanded to complete the project, and Chawla had come down from Gurugram for it. It was before the meeting that the 64-year-old was shot.

Officials said the two shooters were brought to Jaipur from Gurgaon by accused Vikas and Bisla by car, and that the latter also pointed out Chawla to them outside the NHAI office. “The murder weapon was provided to the shooters by Sheoran and the other accused,” said SHO Jaimani.

Tomar said E5 was a large company engaged in NHAI projects across the country, from Jammu and Kashmir to Kerala, as well as Nepal. Sheoran’s father is associated with a construction company with a turnover running into crores, the DCP said.

Chawla’s elder son Nipun, who came from Singapore on August 27, said he had spoken to his father over video call on August 26. “He mentioned he was headed to Jaipur for a meeting. We spoke daily, but he never mentioned any kind of threats or stress at work. He was soft-spoken and hard-working. On a recent holiday to Leh, he had carried his laptop along, in case any work came up,” Nipun said, adding the family was finding it difficult to make peace with what had happened. “His job was just to give consultation and act as a mediator.”

Chawla’s younger son Kushal said their father was a jovial person and very passionate about his work. “We never thought something of this nature could happen. He was an honest man who did his job with sincerity, and did not indulge in any underhand practices or bribes. All his career, he never mentioned any threats because of his work.”