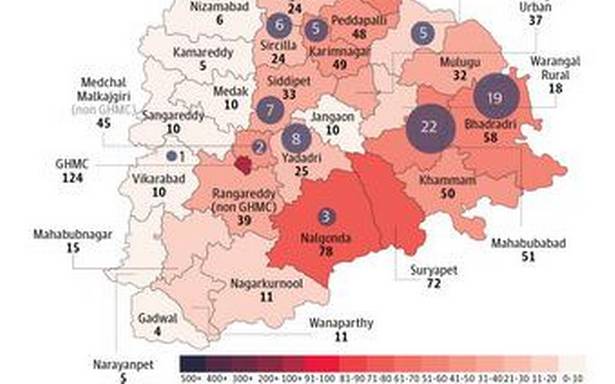 Telangana recorded less than a 1,000 cases for the second consecutive day with 993 people being detected with coronavirus on Monday.

Less than 1,000 cases were detected after 86 days. The last time cases were in three-digit figures was on April 1 this year. The second wave set in the State around mid-March.

Of the 993 cases on Monday, the highest of 124 were detected in Greater Hyderabad Municipal Corporation region, 72 in Suryapet, 59 in Mancherial, 58 in Bhadradri Kothagudem, 51 in Mahabubabad and 50 in Khammam.

Only 45 cases were detected in Medchal-Malkajgiri, and 39 in Rangareddy. These two are urban districts, clearly indicating that comparatively higher number of cases are detected in rural districts.