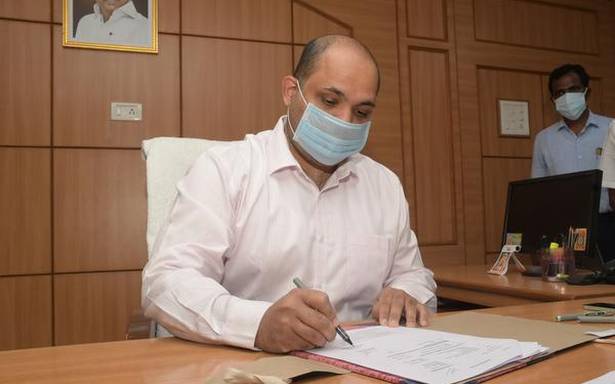 Mr. Krishnanunni said that his top priority would be to take effective steps to control the spread of COVID-19

H. Krishnanunni, a 2012 batch IAS officer, assumed office as the Collector of Erode district on Wednesday.

Addressing the media, Mr. Krishnanunni said that his top priority would be to take effective steps to control the spread of the virus and reduce the number of COVID-19 positive cases in the district. Asked about the shortage of vaccines in the district, he said that vaccines were allotted by the State government and based on the available stock, camps were conducted. “We will plan meticulously and ensure that the public receive their doses,” he added.