In their new book, author and film maker Nilosree Biswas and photographer Irfan Nabi set to explore if Banaras is a 'timeless' city or if the concept of 'timelessness' a modern imposition on it. Is Banaras a timeless city or is the idea of timelessness a modern concept imposed upon it? Author and filmmaker Nilosree Biswas and photographer Irfan Nabi set out to explore this in their most recent photo book, ‘Banaras: Of Gods, Humans, and stories’, published by Niyogi Publications. Narrated alongside the deeply emotive images clicked by Nabi, the book digs deep into the unique history and culture of Banaras. Biswas reflects upon the role that European travellers played in imposing the idea of ‘ethereal’ and ‘eternal’ on Banaras; how the placement of the city on the banks of the holy Ganges added to its religiosity and made it an ideal centre for commerce; how specialised arts and crafts emerged in the region and also the important role played by the Mughals in enriching and developing Banaras.

In an interview with Indianexpress.com, Biswas and Nabi spoke about their findings from this most remarkable city and how they went about capturing it. 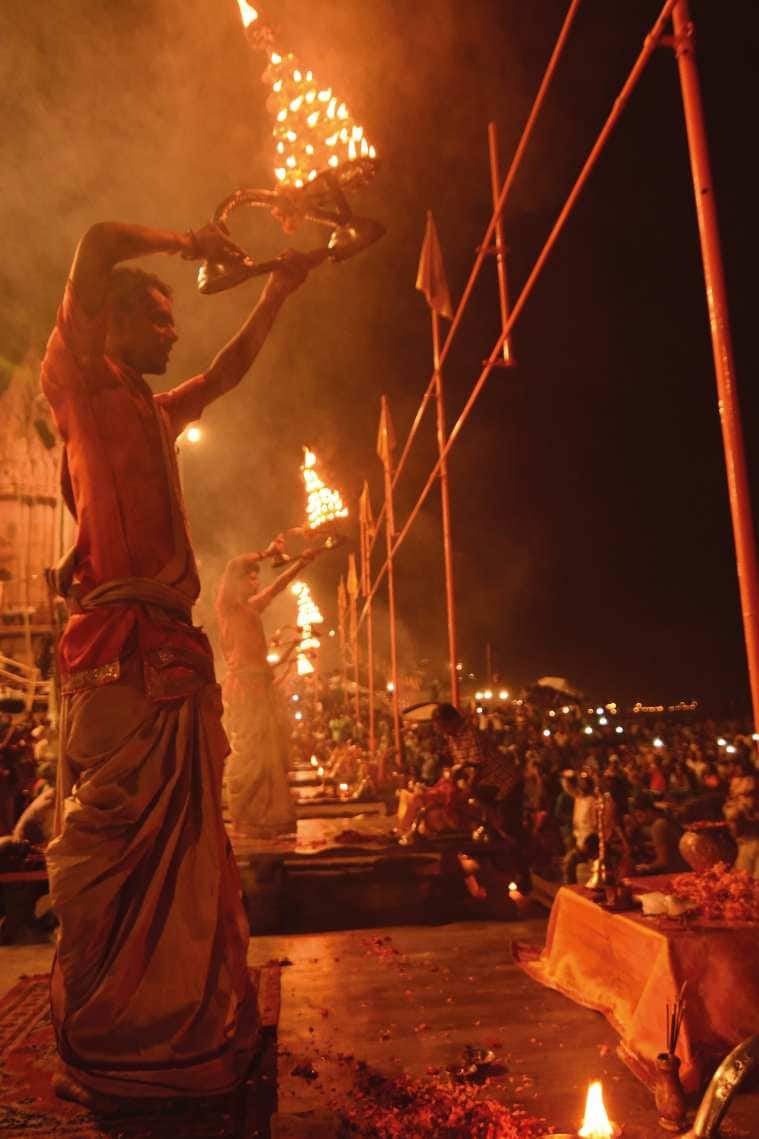 Excerpts from the interview

Why would you say that Banaras is considered to be timeless?

On a more physical and literal understanding, I have correlated Banaras with other ancient cities like Jerusalem, Peking and Cairo. In the case of Banaras, perception of timelessness is also associated with the visual impressions embedded in our minds. This visual impression had been a palimpsest of sorts created by various players through different regimes. What we see today is a more recent understanding of a city on the waterfront with a view of the temple spires, giant flight of steps going up, to disappear in the womb of Banaras.

What are the similarities between Banaras and the other ancient cities that you have mentioned?

Nilosree: Any location considered historically ancient or that has a trace of habitation for a very long time generates stories. To be more specific though, all these cities had attracted foreign travellers historically. It is the travellers’ route that often binds them in the sense that they have a soul of a story teller.

When you photograph a city like Banaras, which is considered an ancient city, what is it you are looking to capture?

Irfan: I don’t let myself get overwhelmed with the quantum of work or references that has already been done on a city like Banaras. I approach it without any prior template. I shoot a city with a blank canvas. When I go there I spend a lot of time observing and absorbing the senses of the place, the traditions and culture, the smaller, finer aspects, the much spoken about ghats and the Ganges, the nooks and corners of the city, as well as the continuous flow of people which transcends into an unending synergy that one can palpate.

In this case, I have tried to shoot Banaras minimally. In all my discussions with those who know or have visited Banaras, they have told me that it’s teeming with millions. But in my frames, I have tried to give Banaras a seemingly paused view. 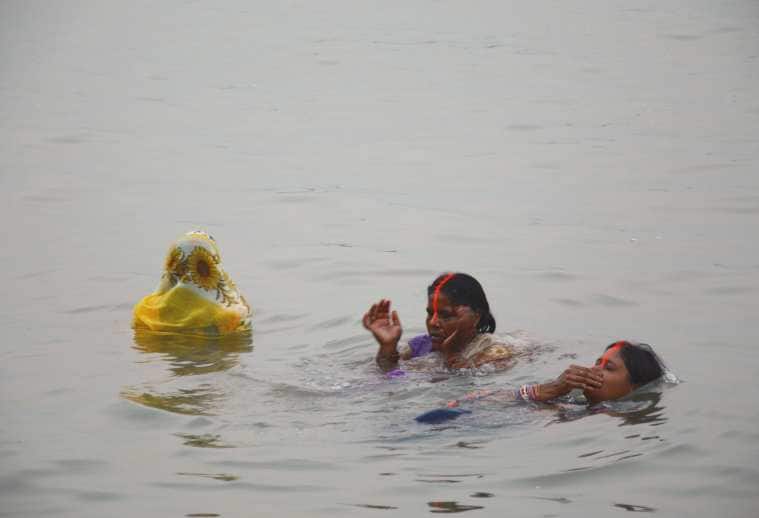 Why was Banaras important to the Mughals?

Nilosree: The first time that any Mughal emperor gave attention to Banaras was during the reign of Humayun. He donated for a few mutts and Shaivite sects present in Banaras at that time. Later, his son Akbar, who had a more gripping understanding of politics of the territories he ruled, was aware that a large section of his court followed Hinduism and had affiliation to this Sanskritised city. For his own interests and also because he was inclusive and syncretic in his understanding of faith, he had invested time and funds in Banaras, ensuring that the scholarly and cultural aspect of the city was maintained. All of this happened via his ministerial people, particularly Todar Mal and Man Singh. Both of them got involved in the development of Banaras. Toder Mal had a small administrative unit in Banaras. He also built a private mansion in the centre of the city which is now called the Chowk area. Man Singh also rebuilt the Kashi Vishwanath and Bindu Madhav Temple which were later destroyed by Aurangzeb. Kashi Viswanath was reconstructed again by queen Ahilyabai Holkar. All Mughal emperors by and large had donated land and money to several Shaivite sects who were present.

With such involvement of rulers and their associates, came a large number of traders, craftsmen, weavers, scholars and artisans, who helped build the city under royal patronage.

Banaras is frequently visited by foreigners who see it as the spiritual capital of India. Is there a way in which Banaras is presented to the western world?

Nilosree: This idea that Banaras is the spiritual capital of India to my understanding is fairly contemporary; emerging during the colonial regime shaped by the occidental understanding of Banaras through polymaths like James Prinsep, Reverend Sherring, artists William Hodges, Daniels, Mark Twain and more. Their understanding of the city is reflected in different ways.

For example, James Prinsep was a part of the mint administration in Banaras and had a lot of contribution to the infrastructural development of the city. To him, Banaras was primarily a Hindu city and this got reflected in his sketches. He had drawn almost every aspect of Banaras starting from the Budhwa/ Boorwa (Prinsep`s spelling) Mangal festival, to Chandra Grahan (lunar eclipse), ghats, and so on, but the lens was always that of Hinduism. For him the Hindu aspect of Banaras was most fascinating. Hodges too associated Banaras with its ancient glory as he described his travels. There are ample lithographs, watercolours, sketches and many other artistic expressions that had an impact on the western world.
Once these artistic works reached Europe, the understanding of Banaras was differently perceived. Consequently, a European who wished to travel would look at those images. Thereafter a notion was built of Banaras being a representation of spiritual India.

The other aspect is scholarship as in the works of Max Mueller and much later that of Professor Diana Eck which had placed a lot of emphasis on the Ganges and sacred geography. In the West, for many indologists, India still is the land of Ganges.

You have mentioned that by the late 18th century, Banaras became the subcontinent’s inherent commercial capital. How did that happen?

Nilosree: Even during the ancient times, Banaras was always a thriving city. During Mughal rule, the city became a hub of handcrafted traditions that we now associate with Banaras, including Banarasi kimkhwab sarees, zardozi, muslin, wood work, metal work and several other products were being made here. Due to Ganges these traditional items were being transported to and from Banaras. By the 18th century and with the emergence of Europeans, the commercial aspect heightened.

Even in earlier eras, there was a large presence of Hindu and Jain merchants crisscrossing Banaras. For instance, a very substantial section of traders belonging to Marwar had settled with the Amber dynasty in Banaras. When you have the central administration or court paying attention to a city, it is only obvious that it would be visited by many traders.

Another factor is because of general religiosity, a lot of people wanted to have an association with Banaras. Every important princely state of India had a house, a ghat or a brahmapuri in Banaras. That too led to smaller business interactions.

Is the representation of Banaras in an exclusively Hindu form a conscious effort or is that how the city is?

Irfan: There is no denying that Banaras has a dominant Hindu identity and imagery. Since I am not familiar with all the Hindu practices, for me observing and capturing them was a most fascinating experience. The lack of familiarity in fact worked in my favour since for me every act and practise was a very new thing. For me photographing Banaras was primarily from the lens of it being a Hindu seat of civilisation and faith. 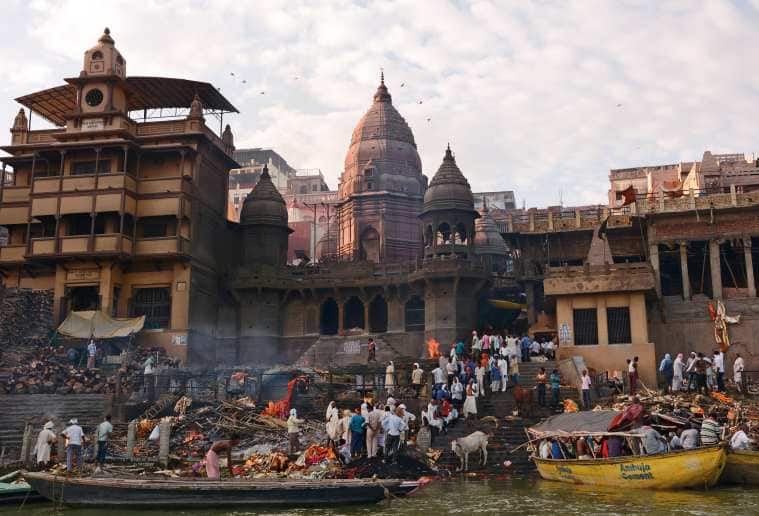 In case of capturing the Islamic presence in the city, I did that more through the people and their activities in the lanes and settlements. It is a fascinating and eclectic mix.

Is there any tradition or practise that stood out to you?

Irfan: When you cross the Manikarnika ghat where the cremations take place and go about 50 metres away to another ghat, you can see a baby having his mundan (the Hindu practise of a child having his first hair cut) or a newly wed couple coming to seek blessings from the Ganges. So this simultaneous expression of the cycle of life from birth to death to important events all come together under your eyes.