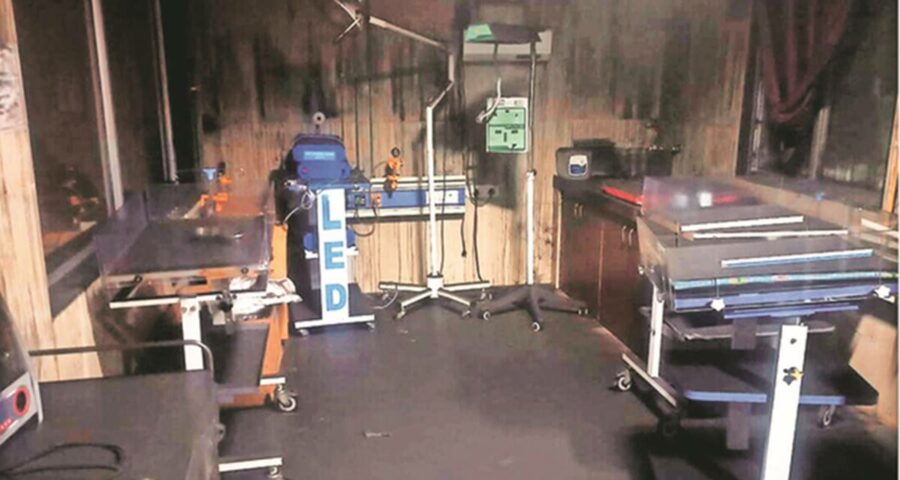 Meanwhile, set up in 2015, the Sick Neonatal Care Unit (SNCU) where the babies died had had only one mock fire drill, back in 2016-17, as per a district official. 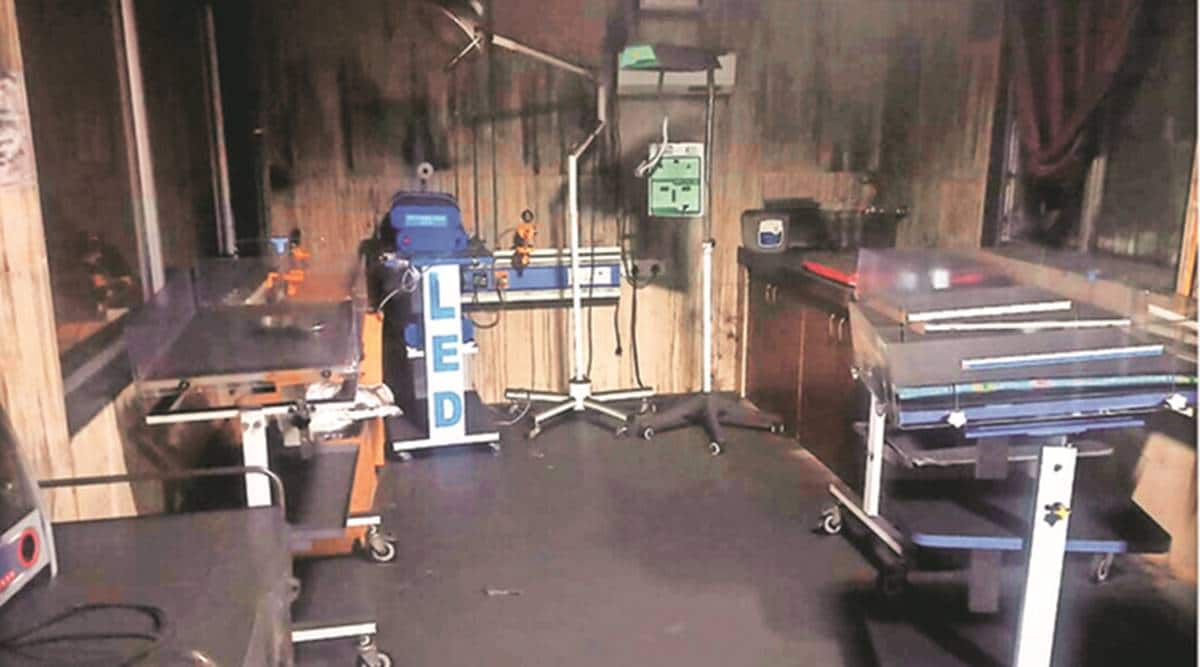 A Rs 1.52 crore proposal to install a new fire safety system at the Bhandara District General Hospital, where 10 babies died in a blaze early Saturday morning, has been pending with the state government for seven months. Meanwhile, set up in 2015, the Sick Neonatal Care Unit (SNCU) where the babies died had had only one mock fire drill, back in 2016-17, as per a district official.

Bhandara district authorities were also yet to get a fire audit done at the hospital, despite a December 2020 order by Maharashtra National Health Mission Director N Ramaswamy to all districts to conduct such audits in government hospitals.

Sources at the hospital and in the district administration told The Sunday Express that it lacked a comprehensive fire system, and while the SNCU section did have an extinguisher, no training on its use had been given to staffers in the last two years.

The NABH (National Accreditation Board for Hospitals & Healthcare Providers) fire safety guidelines mandate a hospital to have a fire extinguisher, hose reel, wet riser, automatic or manual fire alarm system if it has more than two floors. The four-storey Bhandara hospital only had one fire extinguisher per floor, and no alarm system, sprinkler or hose reel. However, the SNCU section did have an exit door as per fire norms, and this aided in rescuing the babies on Saturday.

The Bhandara hospital fire is the latest in a series of such incidents, including at Covid centres in Gujarat. After every such incident, there are promises of action. Families who lost their newborns will hope that this time, it will go past lip-service.

In May 2020, the Bhandara district authorities had sent the proposal to the state government for a fire system at the hospital, with extinguishers, sprinklers, hose reel, and fire alarm. The proposal was approved by Deputy Director, Health, Nagpur, and forwarded to Dr Sadhana Tayade, Director, Directorate of Health Services (DHS). Tayade did not respond to calls or text messages over the delay in approval of the proposal.

Dr Nitin Ambadekar, in-charge of district hospitals, DHS, told The Sunday Express, “After technical corrections, it will be approved. We have sent it back with certain corrections.”

State Health Minister Rajesh Tope said he didn’t know about this proposal, but would get it approved now. He also sought to blame the previous BJP government, saying it had inaugurated the SNCU without a fire audit. “The civil surgeon wrote to the National Institute of Fire Safety Engineering in Nagpur twice for a fire audit. But the institute did not conduct it. The previous government should not have started the SNCU without complying with fire norms,” he said.

A district-level official, requesting anonymity, said the hospital’s wiring system also needed repairs, and they had written regarding this to the Public Works Department. “The request remains pending,” the official said.

Being a new construction, the SNCU’s wiring and fixtures, however, were in good condition — one of the requirements of National Health Mission. Dr Archana Patil, DHS Director of Family Planning, said this was why it was unclear how the fire had spread so quickly in the unit.

The last maintenance audit of the SNCU was conducted on September 2, 2020, by a private company called Faber Sindoori Management Services. This audit does not cover fire safety. Patil said they had asked for the audit report to assess if there were any problems in equipment.

Against the state government norms of three nurses per 16 beds in an SNCU, the Bhandara hospital had two nurses on duty Saturday night attending to the 17 children in the 36-bed ward. The hospital has 35 posts for nurses, of which 28 positions are filled. Of the eight posts for SNCU doctors, five are vacant.

A senior district-level official said the problem had become more acute in the Covid-19 pandemic. “We added 300 isolation beds to the hospital but could not appoint enough staff.”

Ramaswamy said, “I have directed state officials to submit a report. I cannot comment on whether there was shortage of nurses or lack of equipment maintenance.”