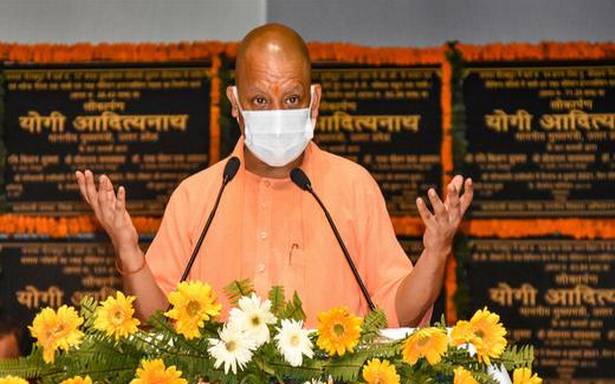 He was addressing the gathering at the launch of the Ujjwala 2.0 (PMUY, 2021) scheme at Mahoba district.

“During the COVID-19 pandemic, free cylinders were made available for six months. This gas connection has ushered in a change in the lives of the women, and their health has improved,” he added.

He was addressing the gathering at the launch of the Ujjwala 2.0 (PMUY, 2021) scheme at Mahoba district.

Mr. Adityanath also said that 70% work of the Bundelkhand Expressway has been completed, and it would be ready by November this year.

“Work on the Defence Corridor has moved significantly ahead in Jhansi and Chitrakoot. Work is moving at a fast pace in Kanpur, Aligrah, Agra and Lucknow,” he said.

The CM further said water would be provided to everyone under the Har Ghar Nal Yojana that was launched by Prime Minister Narendra Modi last year. “Soon pure water will reach every household,” he said.