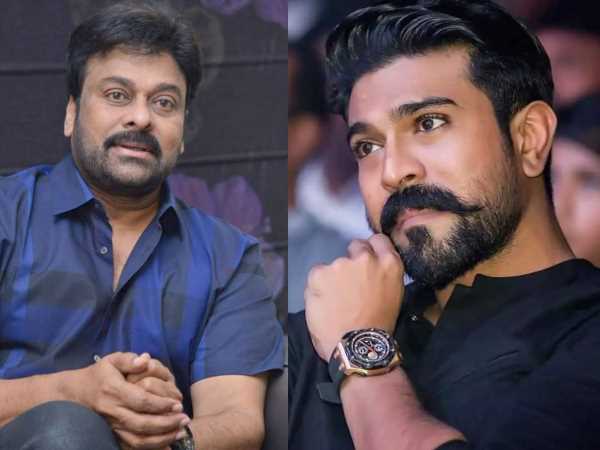 It is known news that Mega Power Star Ram Charan will be seen playing a crucial role in his father Chiranjeevi’s upcoming  movie Acharya.  The latest reports indicate that Ram Charan has been roped in to play a Naxalite in Chiranjeevi’ film Acharya with director Koratala Siva of Bharat Ane Nenu fame. The sources close to Koratala Siva revealed that Megastar Chiranjeevi and Ram Charan will be heading to the Maredumilli Forests later this month for the shooting of their big budget film.

Apparently,  the helmer Koratala Siva has planned a schedule  in which  both Khadi No 150 star and Charan will be participated in this exotic location. A lavish set is currently being erected.  Both Ram Charan and Chiranjeevi will be seen  as Naxalites in this intense social drama, which has Kajal Aggarwal as a leading lady.

Apparently,  Magadheera  and Dhruva fame star Ram Charan will be seen in the flashback portion of the film.  Koratala Siva’ directorial venture is all about the story of Naxalite turned social reformer who launches a fight against the Endowments Department.

Reportedly, the makers are spending a whopping Rs 140 Cr on  Acharya which is jointly bankrolled by Konidela Production Company and Matinee Entertainments.