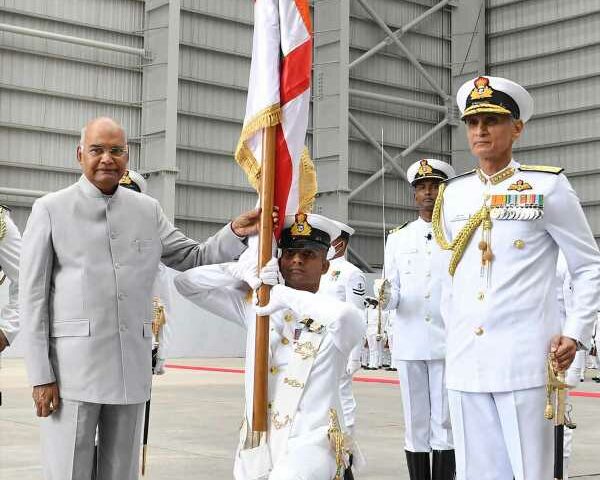 The Indian Navy was the first Indian armed force to receive the President’s Colour from Dr Rajendra Prasad, then the President of India, on May 27, 1951.

Please click on the images below for a better look. 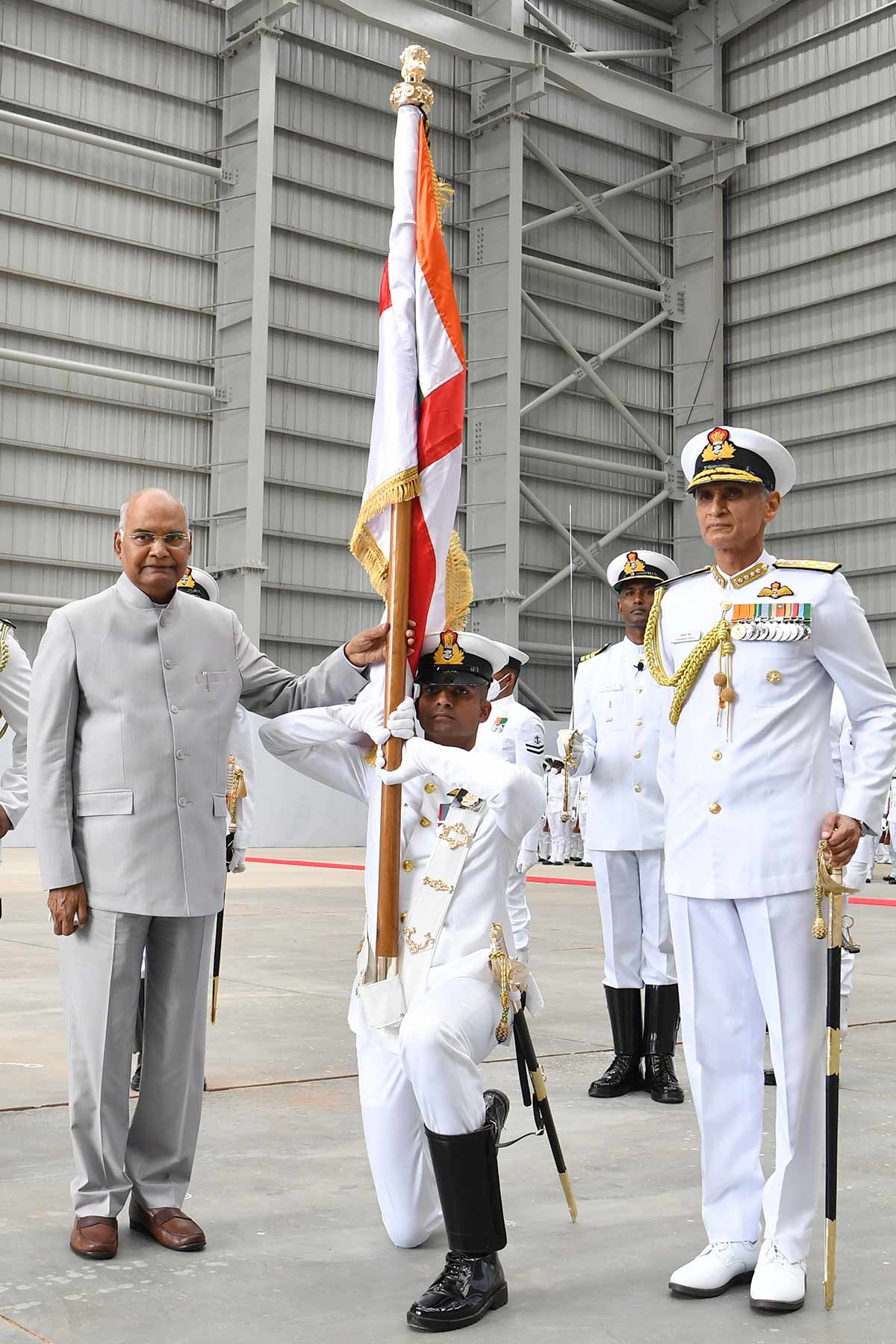 The impressive ceremony was conducted at INS Hansa, located in Vasco town, Goa, about 40 km from Panaji.

A ceremonial parade with a guard of honour consisting of 150 naval personnel, was presented to the President. 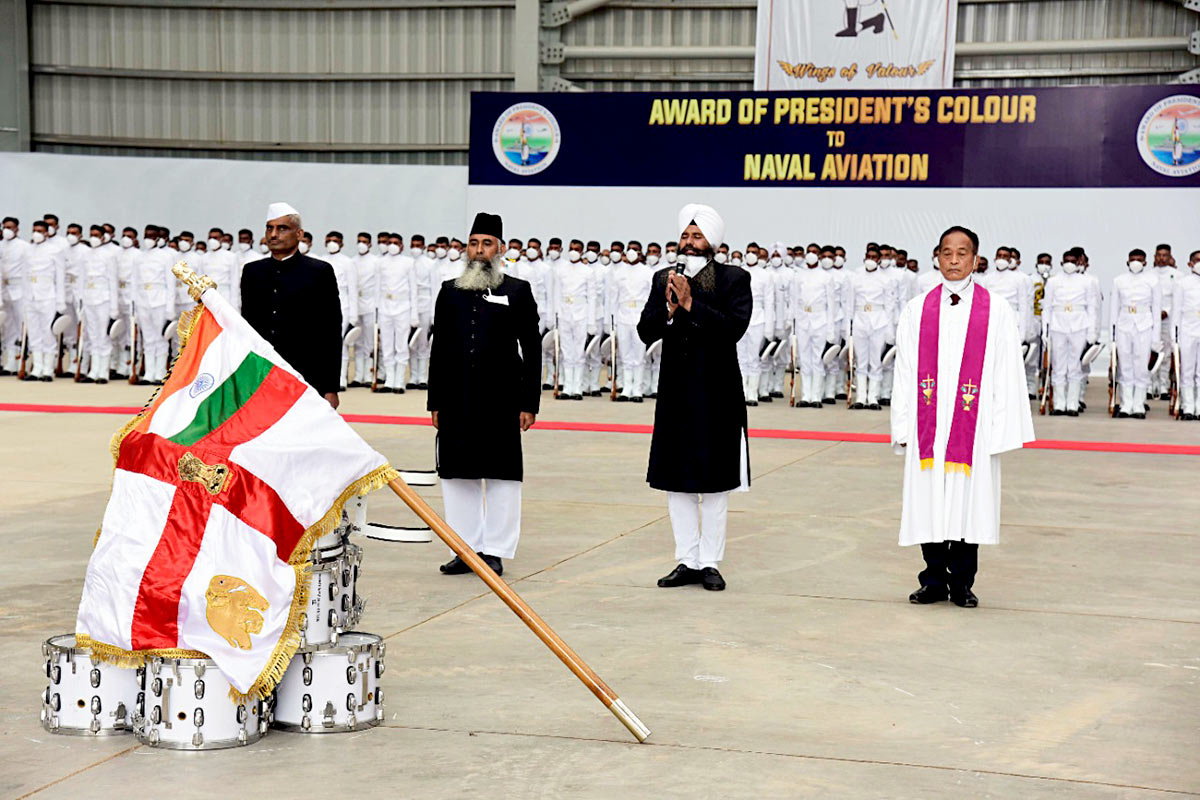 The President’s Colour is bestowed on a military unit in recognition of exceptional service rendered to the nation, both in peace and in war.

It consists of a 36 inch by 48 inch white ensign with the National Flag in the canton and the state emblem embroidered in gold at the centre.

The elephant, signifying strength, is placed diagonally opposite the national flag in the canton, a naval spokesman said. 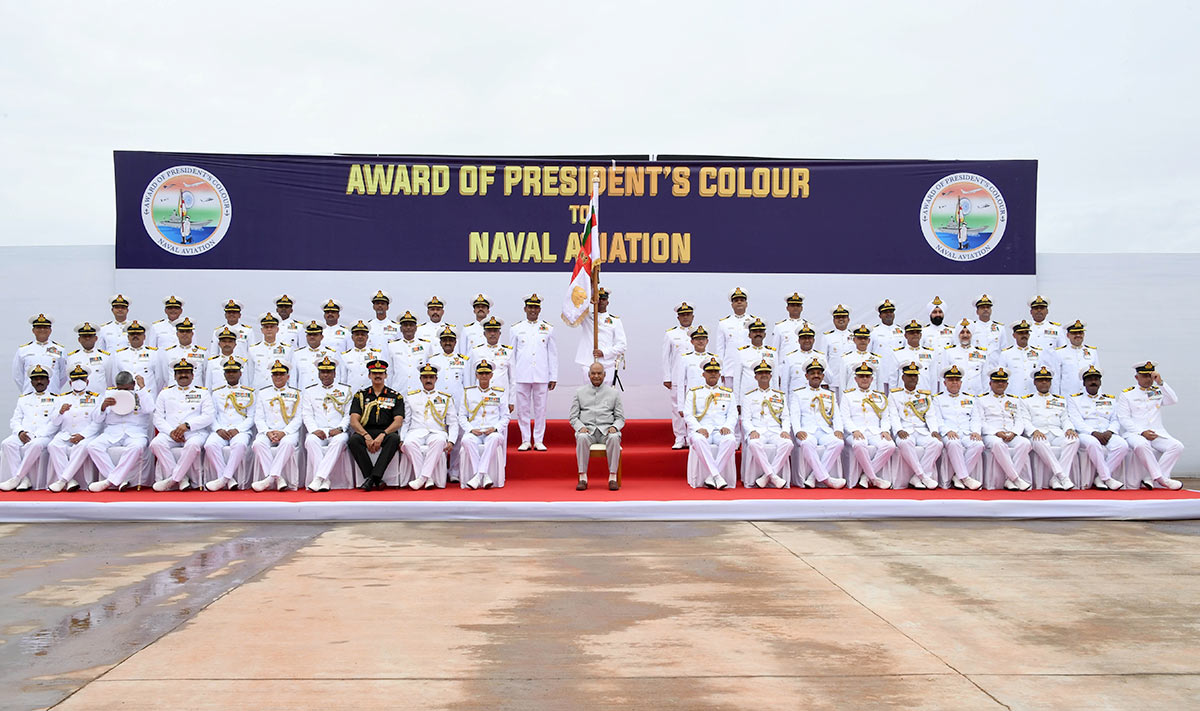 IMAGE: The President with naval officers. 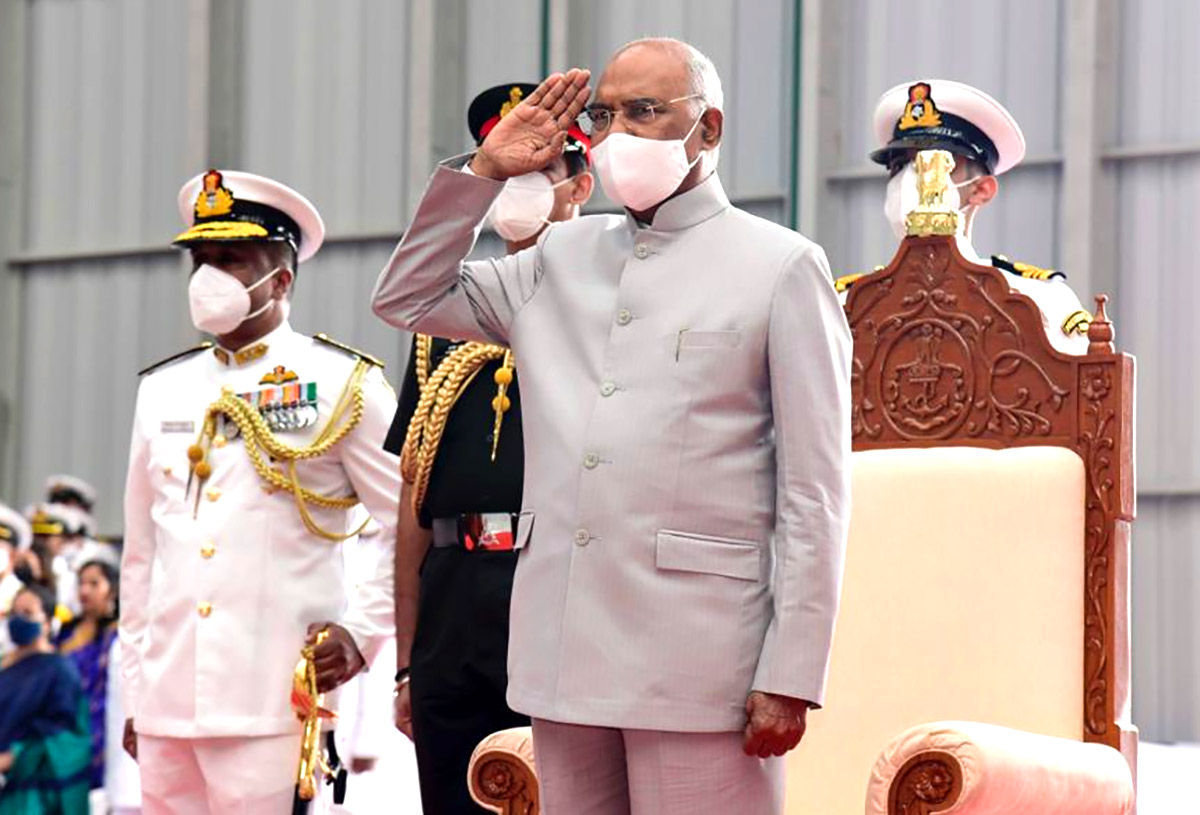 IMAGE: The President takes the salute.

Indian Naval Aviation came into being with acquisition of the first Sealand aircraft on January 13, 1951 and the commissioning of INS Garuda at Kochi on May 11, 1953.

Naval Aviation today has nine Air Stations and three Naval Air Enclaves, along the Indian coastline and the Andaman and Nicobar Islands. 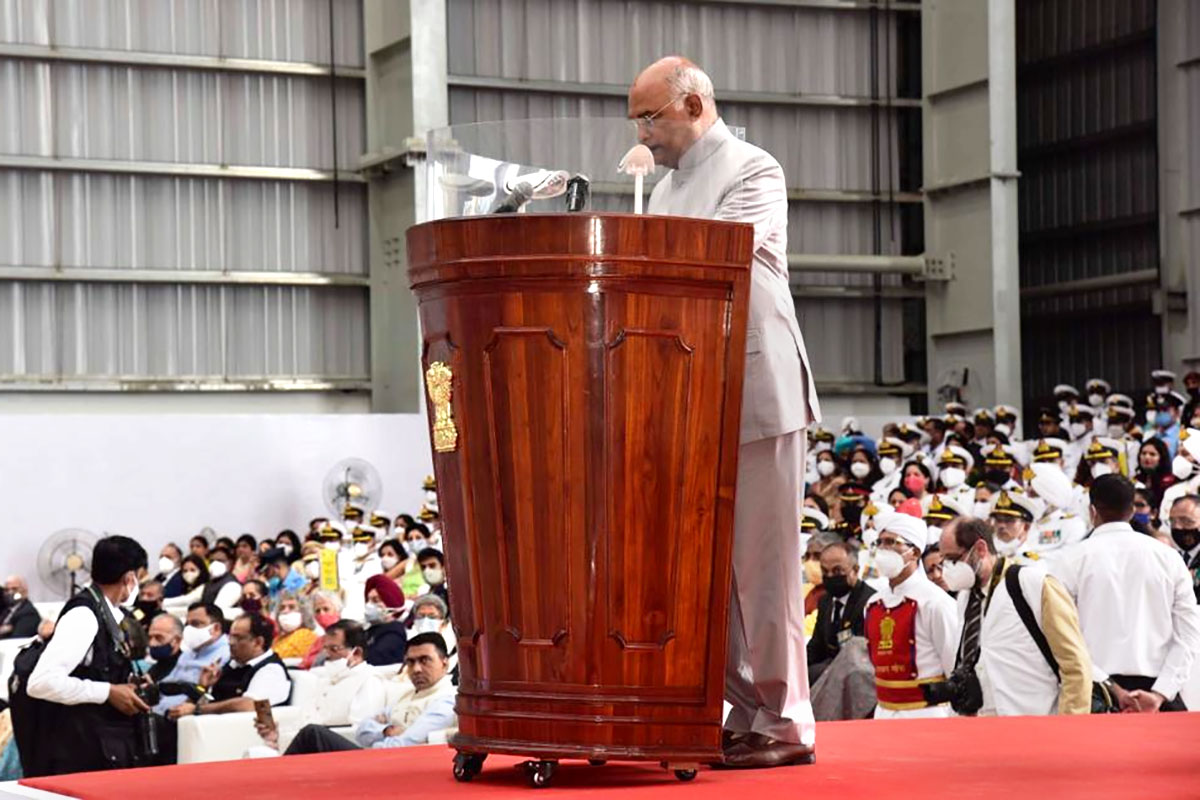 IMAGE: The President addresses the gathering during the ceremony.

The President recalled the contribution of INS Vikrant with its integral aircraft, which played a crucial role in the liberation of Bangladesh in December 1971.

“Naval Aviation,” he said, “has contributed through numerous humanitarian assistance and disaster relief operations during which it has provided relief to fellow citizens like the recently conducted rescue operations off Mumbai during Cyclone Tauktae in May 2021.” 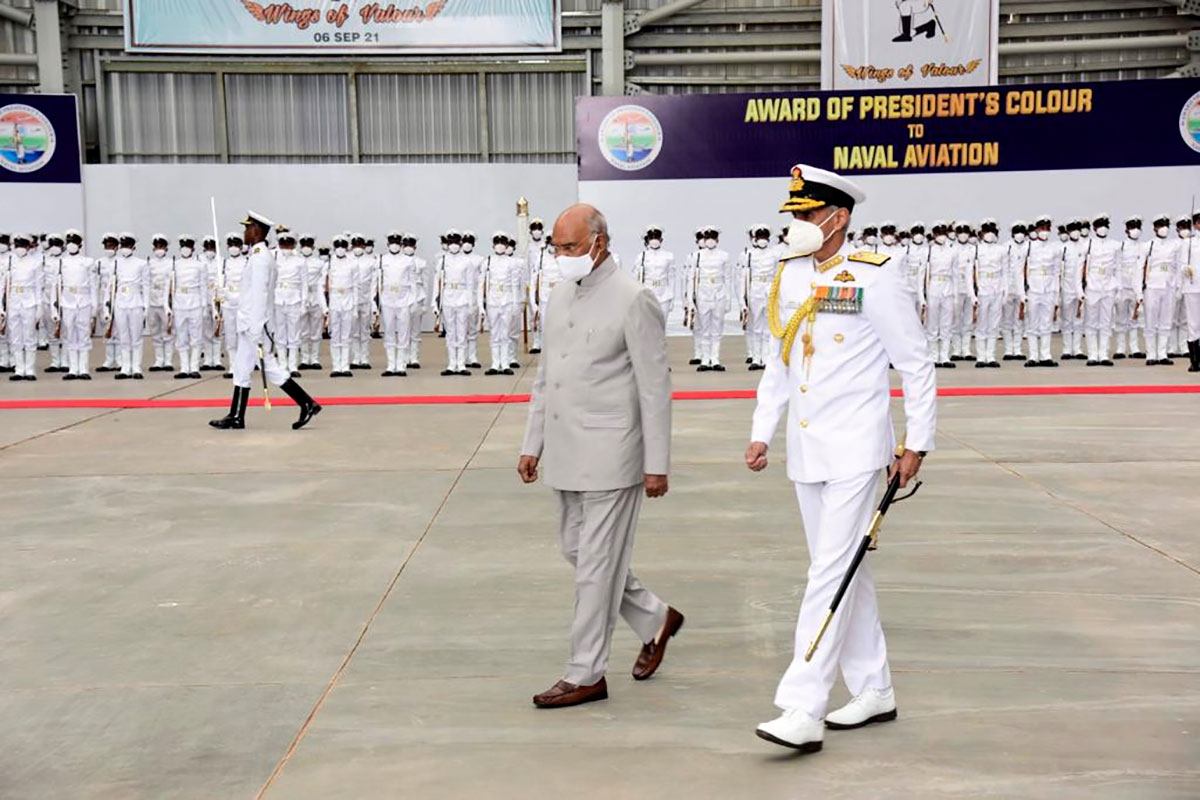 IMAGE: The President with Admiral Karambir Singh, chief of the naval staff. 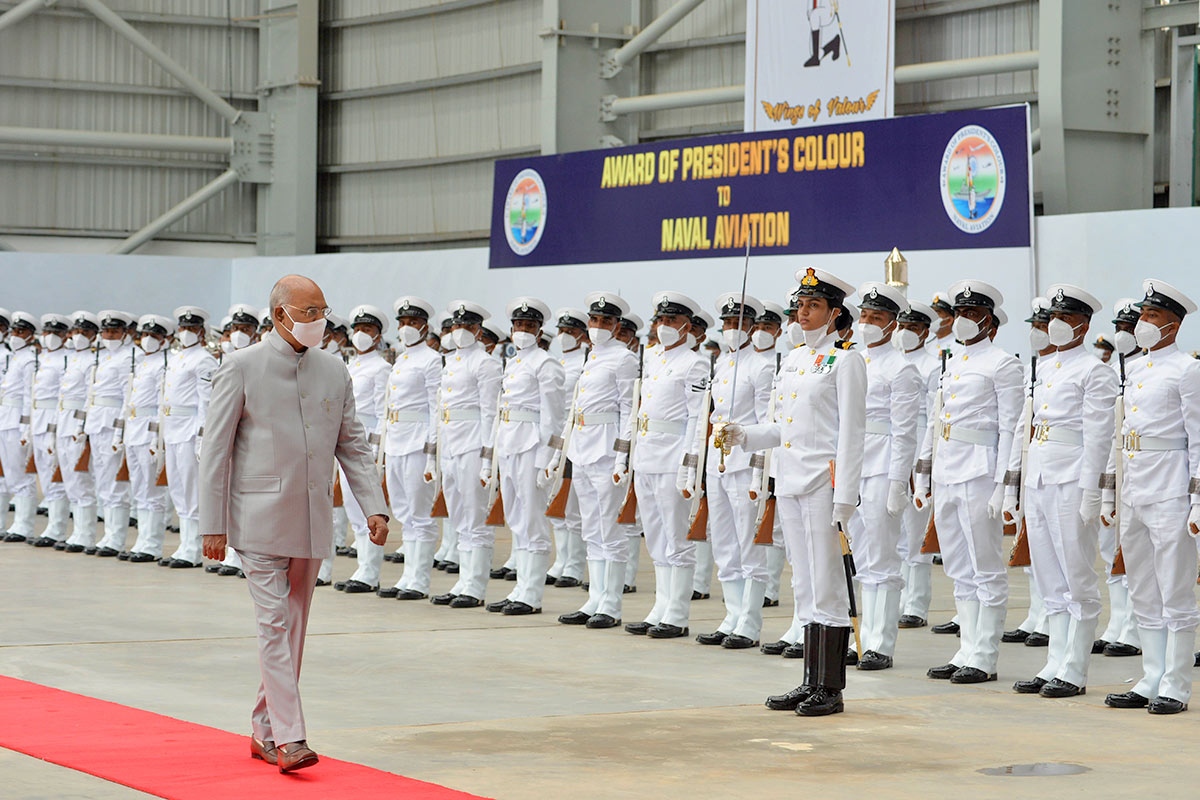 “Naval Aviation,” the President said, “has been at the forefront of inducting women.”

“I have been given to understand that of about 150 air traffic control officers in Naval Aviation about 84 — more than 50 per cent — are women and out of strength of 400 observers, 75 are women.”

“I am also told that women pilots have also been inducted in Naval Aviation. This is a healthy trend and must be encouraged.” 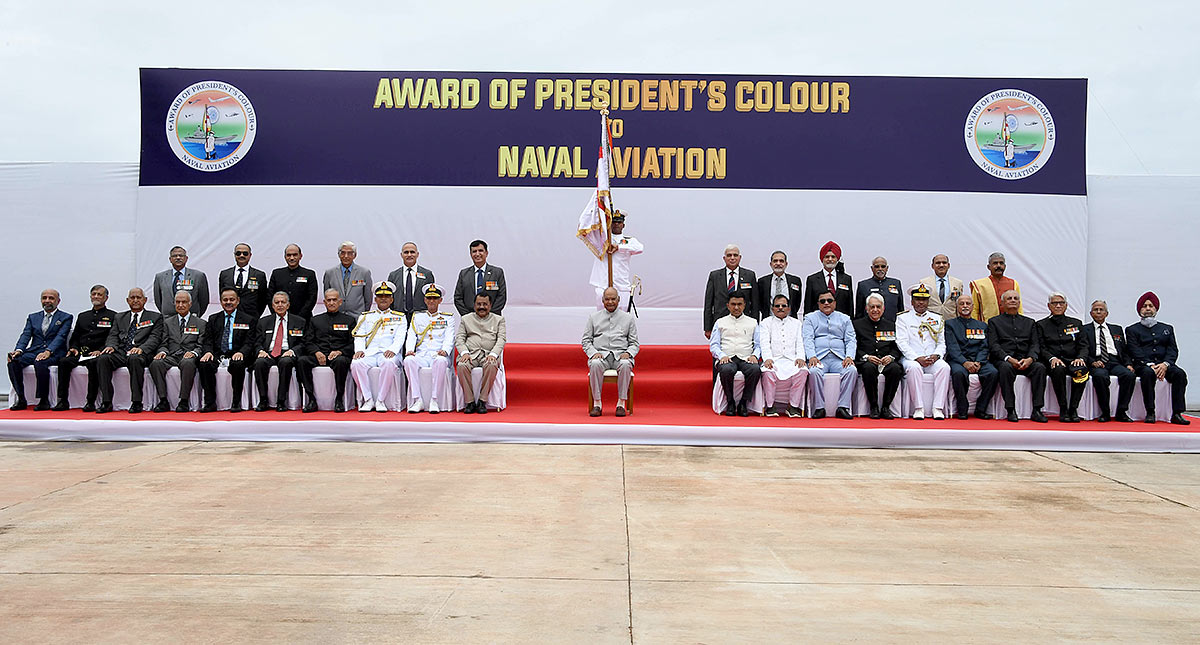 IMAGE: The President with Indian Navy veterans and other civil and military dignitaries. 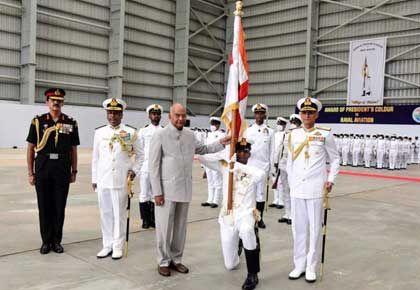