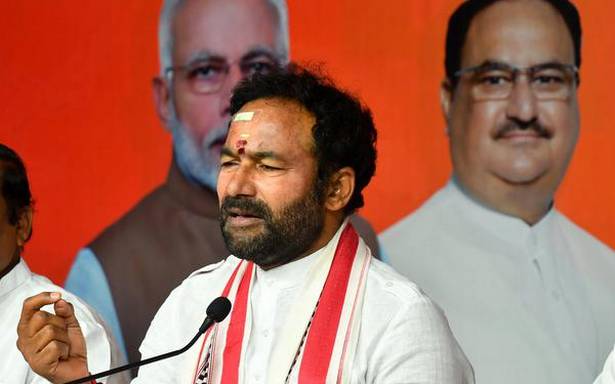 Nation-building was too important a task “to credit one family or one Prime Minister”, Culture Minister G. Kishan Reddy said during the annual general meeting of the Nehru Memorial Museum and Library (NMML) society on Tuesday.

According to a written statement from his office, Mr. Reddy said in his speech: “We all know that nation-building is too important a task for us to credit one family or one Prime Minister. Nation-building is a collective effort that sees contributions from the Prime Minister of the day to the ordinary honest tax paying citizen. It therefore gives me immense pleasure that the Ministry of Culture has been given the task of building of the new Museum of Prime Ministers…”

The museum dedicated to all prime ministers so far and in the future has been under construction at Teen Murti Estate, which was home to Prime Minister Jawaharlal Nehru and was converted into the NMML after his death.

The Minister said since India had started celebrations of 75 years of Independence in 2022, NMML should engage the youth in order to become “architects of India at 100”.

“The Government of India is not only celebrating the 75 years as Mahotsav but also working towards developing a common vision for the next 25 years. Hence we need to ensure that the road to 2047 is marked by progress and prosperity,” he said.

He said the government would provide whatever help necessary for the growth of the institute. “This sangrahalaya [museum] will be a glowing tribute to the role played by prime ministers in the making of modern India,” Mr. Reddy said.

The meeting, which was chaired by Defence Minister Rajnath Singh, who is the vice-president of the NMML society, also included discussions about the kind of space and exhibits dedicated to various prime ministers, according to sources.

NMML Director and Culture secretary Raghvendra Singh did not respond to a request for comment on when the project would be completed.

The project was announced in 2018 and was scheduled to be completed by October 2020, but the deadline was missed. On August 9 this year, Mr. Reddy informed the Lok Sabha in reply to a question that the museum on Prime Ministers would be completed by “October, 2021” at a cost of ₹271.07 crore.