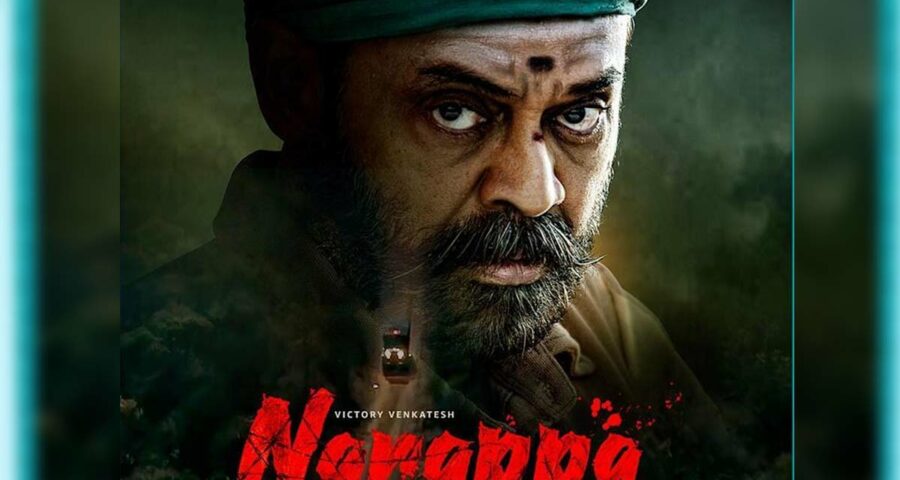 Story: Narappa (Venkatesh), a small farmer from the lower caste. He lives with his wife(Priyamani), daughter, and two sons in a small village in Ananthapur. With Pandusamy, a rich landlord from the upper caste, plotting to grab his land and the things escalate when Narappa’ elder son Munikanna (Karthik Rathnam) humiliates Pandusamy, and the latter retaliate by having him brutally killed. Narappa  still tries to protect his family by taking the pacifist approach, his angry teenage son Sinnappa takes a violent route for revenge. With the landlord’ relatives baying for the youngster’s blood, can Narappa save his family and put an end to the enmity?

Performance: Venkatesh Daggubati has given his career-best performances. His body languages’, expressions, aggression and emotional outburst are awesome. He looks good in the role of an aggressive young man. His acting during the interval fight sequence was a highlight.  The director Srikanth Addala  gets a noteworthy performance from Dhanush, who is superb here. Priyamani as Sundaramma plays her supporting role perfectly and she manages to bring the depth and the pain of the mother who sees her world collapsing. Rajeev Kanakala is fine.   Karthik Ratnam, Nasser,  Rao Ramesh Rakhi and rest of the cast of Narappa justify with their roles.

Technical: Narappa is the remake of Tamil film Asuran.  The production values are top notch. The dialogues are good  and  the screenplay is decent. Mani Sharma’s music is decent. GV Prakash’s music was one of the assets in  Dhanush film Asuran. However, in Narappa, music by Mani Sharma is the weakest link. Comingt on the work of Srikanth Addala, he makes a good comeback with Narappa.

Analysis:  Narappa is just a frame to frame recreation of the film  Asuran with a different set of actors. Right from the framing of a scene to the dialogues, Asuran and Narappa are alike.