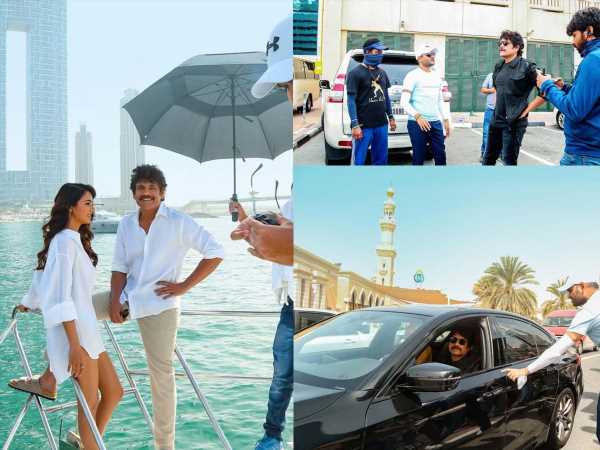 King Nagarjuna starrer upcoming movie The Ghost is being helmed by Praveen Sattaru. The shooting is currently underway. Now according to the latest report,   Nagarjuna and the team of the action thriller drama The Ghost is busy shooting in Dubai.  The sources revealed that the major action sequences and scenes between the lead actors- Nagarjuna and Sonali Chauhan have been canned in the schedule.

The upcoming horror fantasy drama is bankrolled by Sree Venkateshwara Cinemas LLP and Northstar Entertainment banners,  whereas Bharatt-Saurabh has composed the music for this movie. Mukesh G  is  the cinematographer and Dharmendra Kakarala is the editor The makers are planning to release The Ghost by the end of this year.

Praveen Sataaru, who got instant fame with his thriller PSV Garuda Vega starring Dr Rajasekhar seems to be quite confident of this movie.  The movie also has has Gul Panag and Anikha Surendran in key roles.

Nagarjuna, was last seen in the family entertainer ‘Bangarraju’.