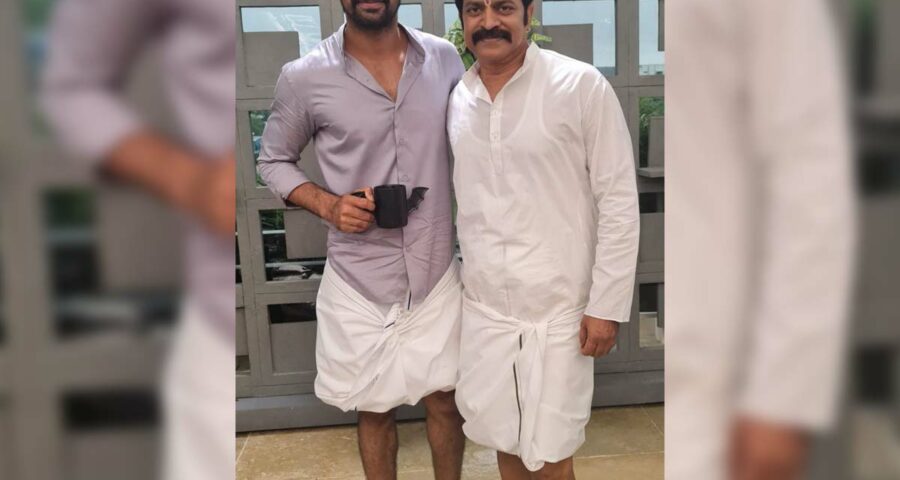 Naga Shaurya started his career in Tollywood with the 2011 film Cricket, Girls and Beer. He gained popularity among masses for his natural performance has given some super hits in his career including Oohalu Gusagusalade, Dikkulu Choodaku Ramayya, Jyo Achyutananda, and Chalo.  On the other side, the Senior character artiste Brahmaji is one of the coolest actors in the Telugu film industry, both on and off the film sets.  Currently Naga Shaurya and Brahmaji are working together for a film, which is being directed by Anish Krishna.

Naga Shaurya took to his twitter to share  a picture with Brahmaji from the shooting spot on his Twitter handle and said, “Na thammudu actor Brahmaji kothaga industry ki vachadu. Mi andari support thanaki undali. (Please support young talent, he is new to film industry).” Coming on the pic, both  the actors are seen in a typical traditional Telugu attire of white dhoti.

On the otherside, currently Naga Shaurys is working for his upcoming project #NS22 in which Shirley Setia is playing the female lead and it is bankrolled by Ira Creations banner.