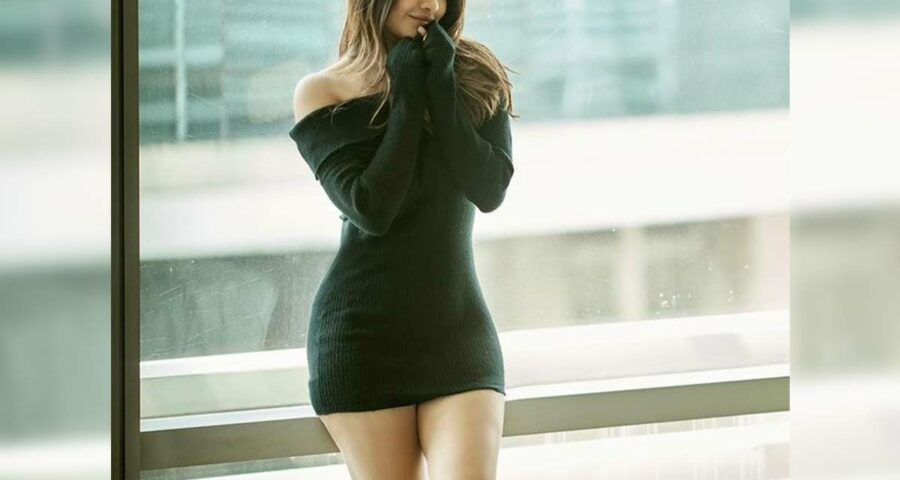 Nabha Natesh boasts of her curvaceous figure. She flaunts her assets in her photoshoots and doesn’t hesitate to reveal her voluptuous body. Nabha Natesh has recently done a photoshoot in a black dress. She wore a sleeveless tight black dress and flaunted her stunning thighs.

She looks glamorous and stunning in the photoshoot and her followers are drooling over her pictures. Nabha Natesh will be next seen in the film Maestro. Nithiin is the hero in the movie and this project is the remake of the Bollywood super hit film Andhadhun.

Merlapaka Gandhi is the director of the movie. Nabha Natesh reprises the role of Radhika Apte in the original version.