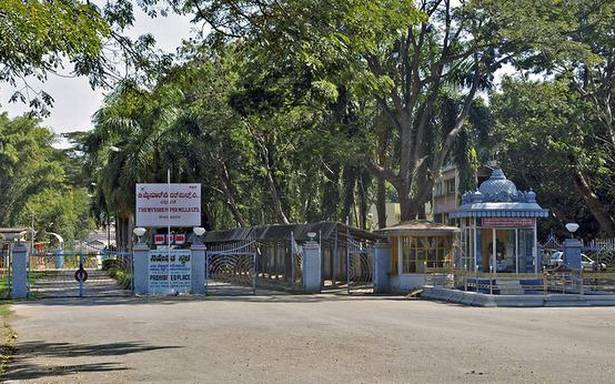 The land is spread over Shivamogga, Chikkamagaluru, Chitradurga, Davangere districts

The State government has renewed the lease of 20,000 ha of forest land to Mysore Paper Mills (MPM) at Bhadravati, amidst protests by environmentalists demanding the withdrawal of the forest land from the company, which has remained defunct for the past five years.

The government recently issued an order approving the renewal of the lease for further 40 years that is up to 2026. Earlier, the State government had granted a lease of 30,000 ha in August 1980 for a period of 40 years to grow acacia plantations, as the company required raw materials for paper production. Over the years, the department withdrew some patches, leaving 20,005.43 ha with the MPM. The forest land is spread over Shivamogga, Chikkamagaluru, Chitradurga and Davangere districts. The lease period expired on August 10, 2020.

In the meanwhile, the company had suffered a huge loss, forcing the employees to take voluntary retirement, besides the closure of operations in 2015. Now, the State government is interested in reviving the company with the involvement of private investment. It has also floated a tender inviting private people to take over the company’s operations on lease.

Even as the proposal for the renewal of the lease was being worked out at the government level, environmentalists of Shivamogga formed a forum – Nammurige Acasia Beda Horata Okkuta – staged protests and submitted memoranda seeking the return of forest land to the Forest Department. They maintained that cultivation of acacia to produce raw material would harm the Western Ghats. Further, they argued there was no need for renewing the lease as the company had become defunct. A delegation of the forum had met senior officers of the department in this regard. However, their efforts failed to stop the renewal.

Now, the forum has decided to intensify their protest. K.P. Sripal, an advocate and one of the forum founders, told The Hindu, “We will picket at the office of Conservator of Forests in Shivamogga on January 7. We have prepared for the legal battle against the renewal of the lease. The previous agreement expired in August 2020. It cannot be renewed in November 2020. It has to be a fresh agreement. On these legal grounds, we will fight the case.”

The environmentalists are worried that the vast forest land would go into the hands of private people, as the government has already initiated the process to handover MPM to private investors. “We are doing a campaign on social media against any attempt to hand the forest land over to private people,” he said.

However, the workers’ union at MPM has welcomed the government’s move. S. Chandrashekhar, president, MPM Workers’ Union, told The Hindu that the government’s move would help the revival of the company. “The tender process inviting private companies to conduct the operations on lease has begun. Nobody would come forward to run the company, which has remained defunct for over five years, without captive plantations, as they require raw material,” he said.