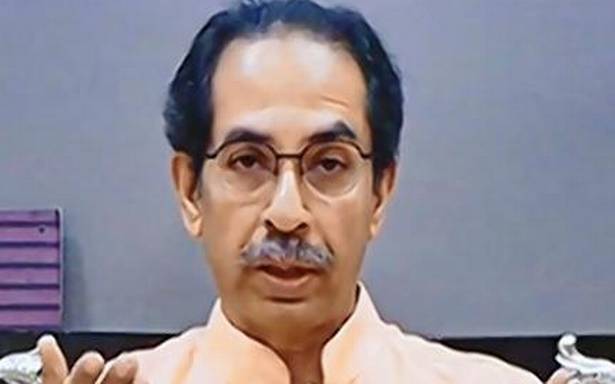 Maharashtra Chief Minister Uddhav Thackeray on Wednesday said mutations of the novel coronavirus had been found in a number of samples and the administration was on a war footing to make oxygen available at medical facilities across the State.

“Several samples have revealed mutations of the virus. The rate of infection is much higher than last year, with many among the younger generation now getting infected. Reining in the contagion will be even more challenging this year and all restrictions announced by the government must be strictly enforced as a result,” said the Chief Minister, following a video conference with all Divisional Commissioners, Collectors, Municipal and Police Commissioners.

He urged all doctors at the district level to adhere to the norms laid out by the State task force on the changed treatment modalities in tackling the fresh surge, especially the rational use of oxygen.

Health Minister Rajesh Tope earlier said Maharashtra had approached neighbouring States for medical oxygen supply but they had expressed their inability due to high domestic demand.

“We have approached all neighbouring states like Chhattisgarh, Madhya Pradesh and Gujarat to supply medical oxygen, for medical purpose, but owing to their own rising demand, they have expressed their inability to supply oxygen. Hence, Maharashtra needs to reduce wastage and work on fixing its leakages,” Mr. Tope said.

Doctors in the State task force had expressed concern over the availability and usage of oxygen at the meeting with the Chief Minister on April 12.

They have laid down a set of rules for rational usage which include stopping of High Flow Nasal Oxygen machines (HFNO) until further notice as the HFNO machines consumed a very large quantity of oxygen, sometimes up to 80 litres per minute.

The task force recommended that those patients who may need HFNO should be managed on Non-invasive Ventilation (NIV).

They have further urged doctors to cancel all routine surgeries and admissions, while directing hospital administrations to fix all leaking oxygen outlets, valves and pressure gauges while making sure that flow meters were off when patients did not need oxygen.

It directed hospitals to form an oxygen audit committee which would be responsible for all the usage in the hospital.

The Chief Minister directed all Commissioners and Collectors to check all jumbo facilities across the State before the onset of the monsoon and conduct fire audits.