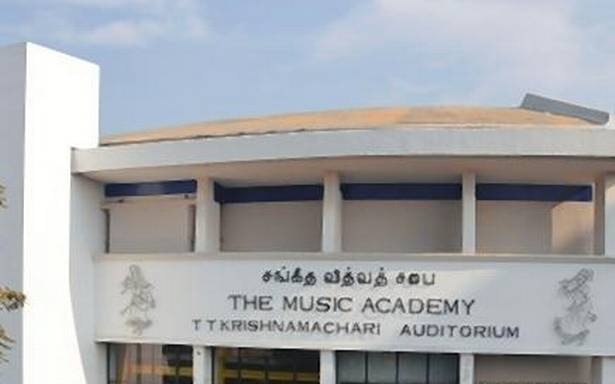 As the uncertainty caused by the COVID-19 pandemic continues, this year also, the Music Academy has decided to opt for the virtual route to conduct its 95th Annual Conference and Concerts, during the Margazhi season.

Soumya Swaminathan, Chief Scientist, World Health Organisation (WHO), will inaugurate the 12-day festival on December 20 and it will be followed by a nagaswaram concert by S. Kasim and S. Babu.

“We cannot reduce the number of people in the audience since our membership itself is 1,400. Even though the inauguration and the festival will be conducted virtually, the rasikas will not miss any of the aspects of the festival, except the award ceremony,” said N. Murali, president of the Academy.

Expressing hope that 2022 would provide an opportunity to conduct a regular festival, he said the Academy might consider making amends by awarding artistes retrospectively for the two missing years. “In the past, the Academy has awarded more than one musician retrospectively,” he pointed out.

The website of the Academy has already published the programme for this year’s festival.