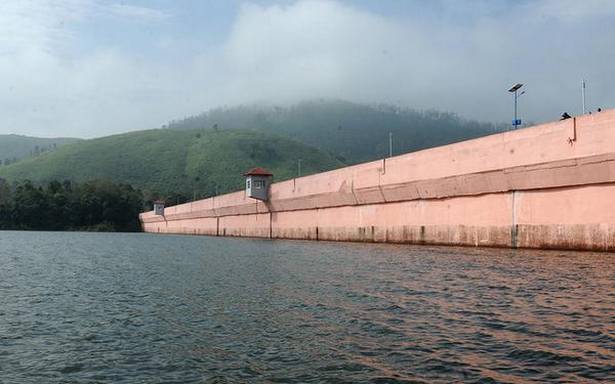 Tamil Nadu was drawing 556 cusecs of water while the average inflow was 4,056 ft on November 14

The water level in the Mullaperiyar dam has crossed 140 feet and Tamil Nadu officially informed it to the Kerala government. Idukki District Collector Sheeba George said on November 14 that there is a possibility of opening the spillway shutters and release the water to the Periyar. She said that those living close to the river bank should take the precautionary measures.

Tamil Nadu was drawing 556 cusecs of water while the average inflow was 4,056 ft on November 14.

An official of the Dam Monitoring and Research Station, Vazhathoppe, said the if the inflow continued in the present level, the water will reach the red alert by evening.

Dam monitoring committee is meeting at Thiruvananthapuram to take a decision on opening the Cheruthoni dam shutters.

However, he said that the upper rule level of Idukki dam is 2,400. 03 feet, which is at present short of over one foot .The full reserve level is 2,403 feet.