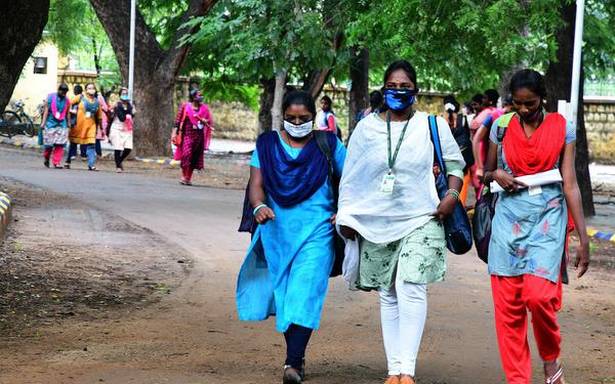 CUCET introduction for all 45 central universities pushed to 2022-23 due to COVID.

This comes as a relief for a section of students, especially Delhi University aspirants, who had pleaded for the continued use of Class 12 marks as the basis of admission even in a year when Class 12 board examinations were not held.

“All admissions will be done as in previous years. Those [central universities] who used CUCET will use CUCET. Those who used their own entrance exams will continue to do so. Those who did admissions directly on marks-basis will still use that,” said Mr. Khare. He added that the NTA also has a full plate at this time as it is yet to complete the premier engineering and medical entrance tests JEE and NEET, which were postponed due to the second wave of the pandemic.

In March, 45 central universities were told that the NTA would conduct the CUCET for admissions to their undergraduate and postgraduate programmes this year, in line with the recommendations of the National Education Policy. Some universities had welcomed the development, saying that independently conducting entrance tests would be a challenge during the pandemic. However, some of the older, more prestigious institutions including Jawaharlal Nehru University, Delhi University and Visva Bharati University preferred to use their own unique admission processes, according to attendees at the March consultation.

In June, Delhi University aspirants from around the country organised a campaign against the introduction of CUCET this year, sending letters to the Education Minister and garnering attention on social media as well. They argued that they had not been given sufficient notice to prepare for an aptitude test, which would exacerbate the digital divide and only benefit students who had the resources to access last minute online coaching.