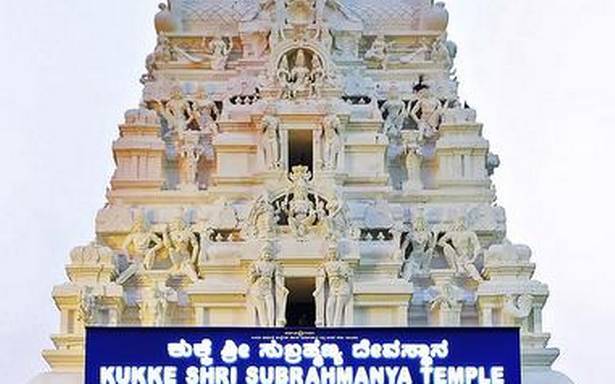 Criticising the State Government’s move to free temples from its control, Leader of the Opposition Siddaramaiah has said such a move would give just about 2% of the population control over the temples, denying the rest its right.

“Temples are independent even now. If temples are controlled by the Government it means the last person in the social structure has the right over them. The Government’s move will give 2% of 5.5 crore Hindu population control over temples,” Mr. Siddaramaiah said in a press statement on Sunday.

He said: “The same priestly class forces that derailed the Sharana movement of Basavanna are now using politicians from lower classes in the BJP to take control of temples. This will push Kannadigas to religious slavery.” He warned that the priestly class will not seek autonomy of all temples, but only those that have huge income. “Temples without income will be left to others.”

The former Chief Minister said 205 A category temples have ₹1,580 crore in fixed deposits and savings accounts with Kukke Subrahmanya Temple alone having about ₹400 crore. As many as 139 B category temples have ₹89.67 crore. “The total value of movable and immovable properties under the control of Category A and B temples is estimated to exceed ₹1 lakh crore. A small percentage of the population has an eye on the riches, and temple autonomy is just a strategy to take over these temples.”

He said those speaking against such policies leading to harassment, violation of social justice and constitution values are quickly termed as anti-Hindu or bring issues related to Pakistan, Islam, or Christianity to divert the attention of the people. “This is an old agenda of those who propagate Manusmriti. By raising issues of religion, gods, temples, churches, and mosques, the BJP produces lies to indulge in politics.” In the past too, Mr. Siddaramaiah said, a lie was spread that the money collected in temples was being distributed to develop religious places belonging to Muslims and Christianity. “However, in reality the Muzrai Department has clarified that no such grant is from money belonging to temples. Even the tasdik grants and assistance given to temples and other religious institutions after their land were acquired for redistribution among landless come from Government money. The Muzrai Department has a budget of ₹350 crore.”

Mr. Siddaramaiah said this anti-Hindu policy of the BJP has to be opposed since it is diluting over a 1,000-year struggle of people and is a step back in social movement.