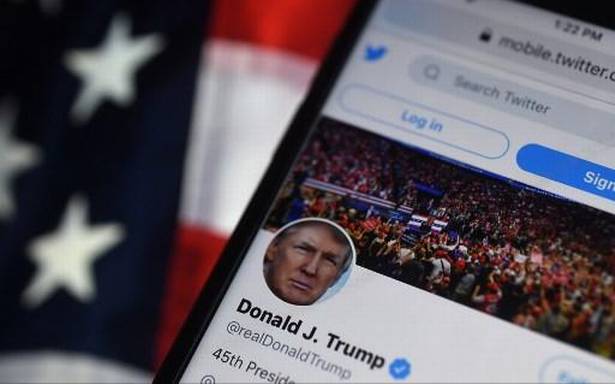 President Donald Trump said Friday he will skip President-elect Joe Biden’s inauguration, refusing to fulfill the outgoing President’s traditional role in the peaceful transition of power and undercutting his own message just one day earlier on the need for “national healing and unity."

Ground Zero | On your marks, get help, go — GRE scam and the network of aspirants, ghostwriters and coaching institutes

After students were given the option to take the GRE exam from home due to the lockdown, allegations of fraud have surfaced, especially in Telangana and Andhra Pradesh. R. Ravikanth Reddy, Sumit Bhattacharjee & P. Sujatha Varma report on the network of aspirants, ghostwriters and coaching institutes involved in the scam.

A video of a group of men and boys in Uttar Pradesh’s Pratapgarh district beating to death a Gangetic river dolphin surfaced on social media on Friday. An endangered species, the Gangetic River Dolphin is recognised as the National Aquatic Animal.

The State government on Friday reversed its January 4 decision allowing 100% seating capacity in cinema halls. Instead, it has said that cinema halls can hold extra shows.

Prime Minister Narendra Modi will chair a meeting with the Chief Ministers of all the States on Monday evening over the roll-out of the COVID-19 vaccines. “The meeting via video conferencing will discuss the COVID-19 situation and the vaccination roll-out,” said a tweet on the PM’s official Twitter handle.

The Supreme Court on Friday urged the government to arm forest officers and provide them with bullet-proof vests and vehicles when told that India recorded the “greatest number of mortal fatalities” among forest officials in the world.

The eighth round of talks between the Centre and farm unions, which saw raised voices and increased tensions, ended without any resolution to the ongoing stalemate over the repeal of three farm reform laws.

India’s Ambassador to China Vikram Misri has raised with China the issue of stranded Indian sailors in ships off Chinese ports, asking the authorities to allow an early approval for a crew change.

A video of someone waving the Indian tricolour amid the violent storming of the United State Capitol by supporters of U.S. President Donald Trump two days back had led to much debate ever since.

The U.S. Justice Department announced Wednesday that it has indicted 15 people involved in the assault on Congress, including one man accused of possessing bombs made to act like "homemade napalm."

A run-out to cherish for Jadeja

Despite being India’s most successful bowler on Friday, Ravindra Jadeja picked his astonishing fielding effort to run out centurion Steve Smith as the most memorable moment from the second day’s play of the third Test.