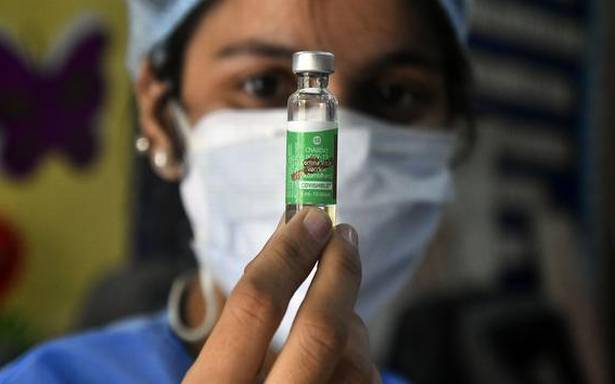 The study is being peer-reviewed and has been submitted to a journal but appears as a preprint in MedrXiv, an online repository, and is among the few studies of the real-world effectiveness of vaccination in India.

BKU’s spokesperson Rakesh Bains claimed that around 3,500 vehicles were part of the convoy. He added that another convoy of farmers from Haryana’s Panipat would join the protest site on June 10.

The new rules for intermediaries such as Facebook, WhatsApp, Google, Twitter and Telegram, come into effect on May 26, and the Minister added that most platforms have submitted their compliance to ‘The IT (Guidelines for Intermediaries and Digital Media Ethics Code) Rules, 2021’.

The next phase of the NPR, expected to include contentious questions on date and place of birth of father and mother, last place of residence and mother tongue was to be simultaneously updated with the 2021 House Listing and Housing Census that has been indefinitely postponed.

Since February pact, all quiet on Line of Control

Boko Haram leader ‘kills self’ in fight with rival jihadists

His death marks a major shift in Nigeria’s 12-year-old jihadist insurgency that has killed more than 40,000 people and displaced around two million in the northeast.

Netanyahu made his sweeping accusation at a time when Israel’s domestic security chief has warned publicly about the prospect of political violence.

Chasing 273 for a 1-0 lead in the two-match series, England finished their second innings with 170-3 in 70 overs before both sides shook hands on a draw late in the evening.