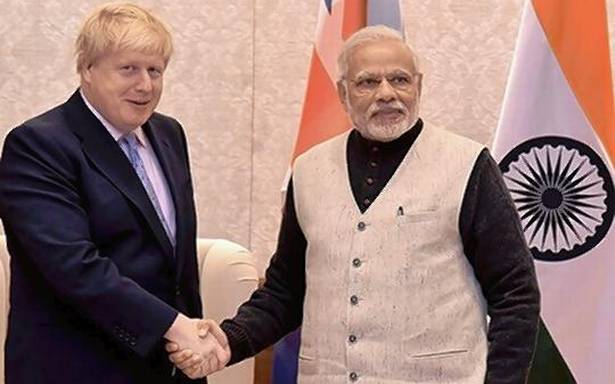 As the COVID-19 cases continued to surge, French Foreign Minister Jean Yves Le Drian’s scheduled meeting with Prime Minister Narendra Modi had to be cancelled as part of an effort to deal with the crisis, which could cast a cloud on other incoming and outgoing visits planned.

Imported Sputnik V to be available this quarter: Dr. Reddy’s

A day after India accorded emergency use authorisation to Sputnik V, marketing partner for the Russian COVID-19 vaccine Dr. Reddy’s Laboratories said the imported product will be available in the country by this quarter.

The current levels of vaccination are far from helping States see any respite from the second wave of the COVID-19 pandemic, shows an analysis of vaccination data from States. As of Wednesday, India had administered 111 million doses of vaccine and covered about 7% of the population with one dose.

President Joe Biden said Wednesday he will withdraw remaining U.S. troops from the “forever war” in Afghanistan, declaring that the Sept. 11 attacks cannot justify American forces still being there 20 years after the deadliest terror assault on the United States.

India and Russia are “committed” to completing their contract for the S-400 missile system, due to be delivered to India at the end of the year, confirmed Russian Ambassador to India Nikolay Kudashev, who said both countries oppose U.S. sanctions on the issue.

West Bengal Assembly Elections | I am addressing not only Muslim concerns but of all the poor and dispossessed: Abbas Siddique

Access to professional education is not government largesse, the Supreme Court said in a judgment. A Bench of Justices D.Y. Chandrachud and M.R. Shah pronounced the verdict in favour of two students from Ladakh, who were nominated by the Union Territory administration for MBBS studies.

From 96 for one, with David Warner at the crease, Sunrisers, shockingly, collapsed to 130 for eight, chasing 150. It was madness and mayhem out there. And RCB holding its nerve in the humdinger won by six runs in the IPL clash at the M.A. Chidambaram Stadium on Wednesday.

The white police officer whose fatal shooting of a young Black motorist during a traffic stop in a Minneapolis suburb ignited three nights of protests and civil unrest was arrested on Wednesday and charged with second-degree manslaughter.