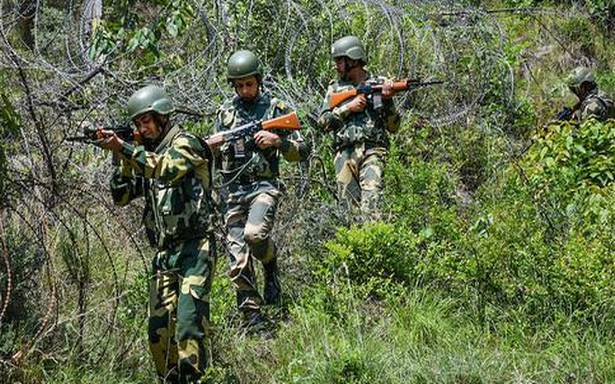 With most Indians now evacuated from Afghanistan, the Government of India said its “primary and immediate” concern was to curb any terrorism threat to India emanating from Afghanistan under the Taliban-led regime.

The Taliban said on Thursday they were close to forming a new government, as dozens of women held a rare protest for the right to work under a new regime that faces enormous economic hurdles and deep public mistrust. The Islamist militants, who have pledged a softer brand of rule than during their brutal reign of 1996-2001, must now transform from insurgent group to governing power.

India’s merchandise exports in August touched $33.14 billion, 45.17% higher than a year ago and 27.5% over the pre-pandemic level of August 2019, but the trade deficit widened to a four-month high driven by a sharp uptick in gold imports, as per preliminary estimates released on Thursday.

Forty central universities will kick off implementation of innovative measures such as the academic credit bank and the glue grant meant to encourage multidisciplinarity, at their meeting on Friday to be chaired by Education Minister Dharmendra Pradhan.

India hits back after being skittled out for a modest 191

Shardul’s scintillating half-century and Kohli’s fifty highlight another ordinary performance by the visitors; England ends day one on 53/3.

Following his visit to New York where he chaired a meeting of the Security Council, Foreign Secretary Harsh Vardhan Shringla arrived in Washington for meetings with officials including one with his counterpart Deputy Secretary of State Wendy Sherman. The Foreign Secretary’s visit to the city precedes a possible month-end visit by Prime Minister Narendra Modi.

The Central Bureau of Investigation on Thursday filed the first chargesheet in a case of post-poll violence in West Bengal.

Medical care facilities across the country are now offering “Rehabilitation programme” for COVID-survivors with the hospitals continuing to report cases of Long-COVID while India is registering a downward trend of new COVID cases.

After seven years in the Opposition, the Congress on Thursday announced a 9-member committee to plan “sustained agitation” on national issues.

While the possibility of United States’ sanctions looms large once India receives the first set of S-400 long-range air defence system in a couple of months, India and Russia, which have several other deals lined up, are broadbasing cooperation for the maintenance of Russian military hardware in service and the possibility of exporting Russian-origin equipment from India to third countries.

The Supreme Court has given the State governments and the Union Territories three months to take measures and ‘alleviate’ the violation of human rights suffered by women institutionalised in government-run mental health establishments.

Reacting to criticism of the renovated Jallianwala Bagh by some historians, Culture Secretary Raghvendra Singh said on Thursday the “conservation was done under direct supervision of the Archaeological Survey of India” and that there was “nothing factually incorrect”.

The Central Bureau of Investigation (CBI) on Thursday conducted searches at multiple locations in and around Delhi, Jharkhand, Madhya Pradesh, Karnataka and Maharashtra in a case against Affinity Education Private Limited, its directors and others for alleged irregularities in the JEE (Mains) examination being conducted this year.