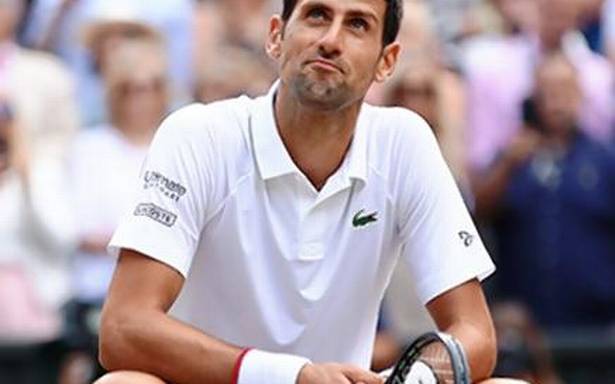 Djokovic didn’t face a break point and committed just six unforced errors, including one with his forehand

Novak Djokovic slid, slipped, skidded and stumbled into the third round on Wimbledon’s slick grass Wednesday by beating Kevin Anderson 6-3, 6-3, 6-3.

Djokovic didn’t face a break point and committed just six unforced errors, including one with his forehand.

But footing continued to be an issue on the third day of the tournament, and Djokovic went sprawling several times, as did players in other matches and at least one ball kid.

“I didn’t slip just once; I slipped like six times,” Bianca Andreescu said after losing her first-round match.

“The courts are super slippery. I have only played here once before, but they weren’t like this at all. I spoke to a couple other players, and they said it’s not that normal. But this is something we can’t really control.” Seven-time champion Serena Williams retired from her first-round match Tuesday with a leg injury after she slipped. Roger Federer’s opponent, Adrian Mannarino, had to call it quits after he fell and twisted his knee.

The retractable roof was open when the top-ranked Djokovic was first on Centre Court for his rematch against Anderson, who also lost when they played in the 2018 final.

While Djokovic endured an up-and-down performance on the slippery surface and rose from one spill muttering in frustration, he had little trouble with Anderson. The preternaturally limber Djokovic extended one rally by hitting a forehand while down on his knee — and won the point.

Djokovic seeks his sixth Wimbledon title and third in a row. By winning the championship, he would also match the record total of 20 majors shared by Roger Federer and Rafael Nadal, and would need only a title at the U.S. Open to sweep all four Grand Slams in 2021.

Andreescu made another early Grand Slam exit when she lost to Alice Cornet 6-2, 6-1. The Canadian won the 2019 Open but is 2-5 in majors since, including three opening-round defeats.

Andreescu, who has battled injuries but was seeded fifth, committed 34 unforced errors to seven for Cornet.

“I tried to stay positive the whole match,” Andreescu said.

Former U.S. Open runner-up Kei Nishikori ousted Alexei Popyrin 6-4, 6-4, 6-4 for his 100th Grand Slam match win. No. 10 Denis Shapovalov moved into the third round when Pablo Andújar withdrew because of a rib injury.