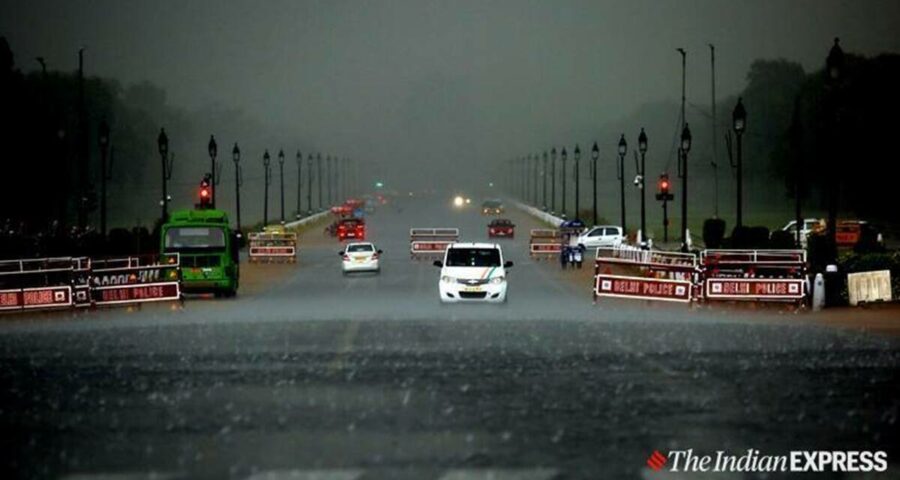 This year, the Southwest Monsoon has missed its normal date for covering the entire country.

Since 2020, the India Meteorological Department has been following the revised monsoon onset and withdrawal calendar, according to which the normal date for the monsoon to advance into all regions of India is July 8.

A delay has been reported this year for the monsoon onset over Delhi, Punjab, Chandigarh, Haryana and western Rajasthan. At minus 56 per cent, Delhi continues to remain one of the most deficient states this monsoon season whereas the all-India rainfall is down by minus 5 per cent till Thursday.

But 2021 is not the year of the most delayed monsoon onset over these regions, including Delhi, the IMD’s monsoon reports from previous years indicate.

In the last one decade, the most delayed monsoon arrival over Delhi (when the normal onset date was June 29) was in 2012 when the onset was realised on July 7. Similar week-long delays from normal were reported in 2019 (July 5) and 2014 (July 3) over Delhi.

During most previous monsoons between 2010 and 2020, a similar break-phase during the onset period — typically emerging between June fourth week and continuing till early July — have been recorded. But, never had the break phase lasted beyond 11 days, as experienced during the 2010, 2011, 2014 and 2018 monsoon seasons. Such durations of the break phase is considered normal during the season.

Monsoon onset in 2016 and 20017 included two short hiatus periods and the break had lasted for three to eight days.

Since June 19, the Northern Limit of Monsoon (NLM) has overstayed along Barmer, Bhilwara, Dholpur, Aligarh, Meerut, Ambala and Amritsar. This is one of the most prolonged hiatus in the last decade, lasting close to three weeks at a stretch.

Meanwhile, the latest weather forecast suggested that the monsoon is all set to revive as easterly winds have started blowing along the lower levels from the Bay of Bengal. They will intensify and are expected to reach and cover northwest India regions of Punjab and Haryana by Saturday.

“The monsoon is likely to advance into the remaining parts of west Uttar Pradesh, Delhi, Haryana, Chandigarh, Punjab and Rajasthan by July 10,” read the Met office’s weather report of Friday morning.

The second low-pressure system of this monsoon season is most likely to develop off Andhra Pradesh-Odisha coast around Sunday, which will help the monsoon return to its active phase. Under such favourable conditions, rainfall activity over south, central, west and northern India is all set to improve.