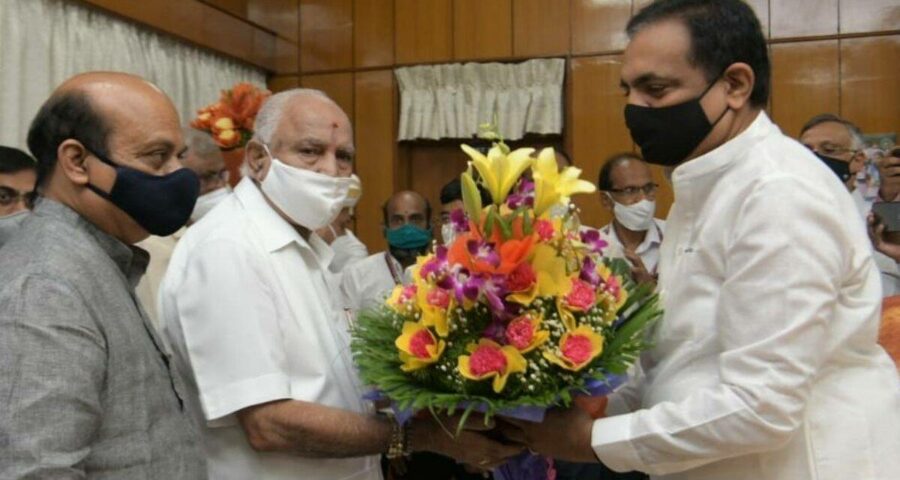 The inter-state dispute over water discharge in Almatti dam is the bone of contention that remains unresolved despite the Centre’s intervention over past several years. The ministers discussed measures for better water management in Krishna river basin and Bhima river. The inter-state dispute over water discharge in Almatti dam is the bone of contention that remains unresolved despite the Centre’s intervention over past several years.

Describing his meeting with Yediyurappa “extremely cordial”, Patil said, “A real-time data acquisition mechanism of the water flow and discharge in dams across both the states was emphasised. Maharashtra already has the real time-data acquisition system in place and it is fully operational. But Karnataka does not have such a system. We requested the Karnataka government to get the system for better planning and execution of flood monitoring.”

“The installation of real-time data acquisition would help Karnataka in monitoring and adjusting water levels in all dams in both sides, especially Almatti,” he added.

The 16-meter Almatti dam on Krishna river in northern Karnataka becomes a point of dispute between the two neighbouring states every monsoon. While Maharashtra seeks water discharge from the dam to increase manifold during monsoon to avoid backwater flow and floods in its districts, Karnataka maintains that higher water discharge puts its own border villages at risk due to floods.

“With heavy rains during monsoon, flood-like situation in the three districts of Western Maharashtra – Sangli, Satara and Kolhapur – remains a challenge every year. We urged the Karnataka government to ensure adequate water discharge from Almatti dam,” Patil said.

Karnataka also urged Maharashtra to maintain steady water level in its Koyna dam and said higher water discharge from Almatti often leads to flooding in equal number of villages in Karnataka as well.

Patil said, “Inter-state issues can be best resolved through mutual understanding and cooperation.” The Karnataka CM also assured that cooperation will be extended in this regard.