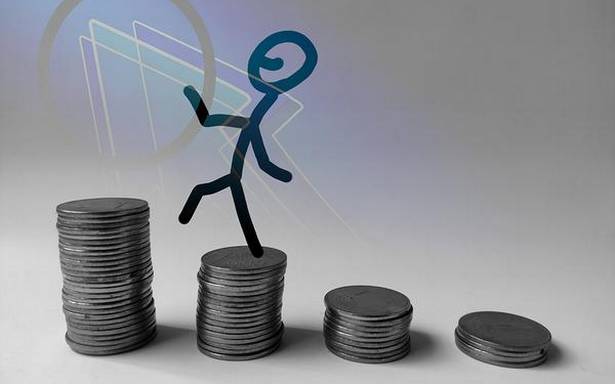 The question whether the rich are more satisfied with their lives is often taken for granted, even though surveys, like the Gallup World Poll, show that the relationship between subjective well-being and income is often weak, except in low-income countries in Africa and South Asia. Researcher Daniel Kahneman and his collaborators, for example, report that the correlation between household income and reported life satisfaction or happiness with life typically ranges from 0.15 to 0.30. There are a few plausible reasons. First, growth in income mostly has a transitory effect on individuals’ reported life satisfaction, as they adapt to material goods. Second, relative income, rather than the level of income, affects well-being — earning more or less than others looms larger than how much one earns. Third, though average life satisfaction in countries tends to rise with GDP per capita at low levels of income, there is little increase in life satisfaction once GDP per capita exceeds $10,000 (in purchasing power parity). This article studies the relationships between subjective well-being, which is narrowly defined to focus on economic well-being in India, and variants of income, based on the only panel survey in India Human Development Survey (IHDS).

Why do we need a new measure of well-being when there is already a widely used, objective welfare measure based on per capita income? There are several reasons. The first stems from the distinction between decision utility and experienced utility. In the standard approach to measure well-being, ordinal preferences are inferred from the observations of decisions made supposedly by rational (utility maximising) agents. The object derived is decision utility. In contrast, recent advances in psychology, sociology, behavioural economics and happiness economics suggest that decision utility is unlikely to illuminate the utility associated with different experiences — hence the emphasis on measures that focus more directly on experienced utility, notably using subjective well-being (SWB) responses.

Also read | Money can’t buy one happiness. So, what is true wealth for the human mind?

We draw upon the two rounds of the IHDS for 2005 and 2012. An important feature of IHDS is that it collected data on SWB. The question asked was: compared to seven years ago, would you say your household is economically doing the same, better or worse today? So, the focus of this SWB is narrow. But as it is based on self-reports, it connotes a broader view that is influenced by several factors other than income, assets, and employment, like age, health, caste, etc.

There is a positive relationship between SWB and per capita expenditure (a proxy for per capita income, which is frequently underestimated and underreported): the higher the expenditure in 2005, the greater was the SWB in 2012. The priority of expenditure, in time, rules out reverse causation from high SWB to high expenditure, i.e., higher well-being could also be associated with better performance resulting in higher expenditure. High expenditure is associated with a decent standard of living, good schooling of children, and financial security. As India’s comparable GDP per capita in 2003 (PPP) was $2,270, well below the threshold of $10,000, it is consistent with extant evidence.

In order to capture the gap between aspirations and achievements, we have analysed the relationship between SWB and ratio of per capita expenditure of a household to the highest per capita expenditure in the primary sampling unit. Although this is a crude approximation to relative deprivation, we get a negative relationship between SWB and this ratio. In other words, the larger the gap, the greater is the sense of resentment and frustration, and the lower is the SWB.

This provides important policy insights. One is that in a lower-middle-income country like India, growth of expenditure or income is significant. However, the widening of the gap between aspirations and achievements or between the highest expenditure/income of a reference group and actual expenditure/income of a household reflects resentment, frustration and loss of subjective well-being. So, taxing the rich and enabling the extremely poor to benefit more from economic opportunities can enhance well-being. In conclusion, objective welfare and subjective well-being measures together are far more useful than either on its own.