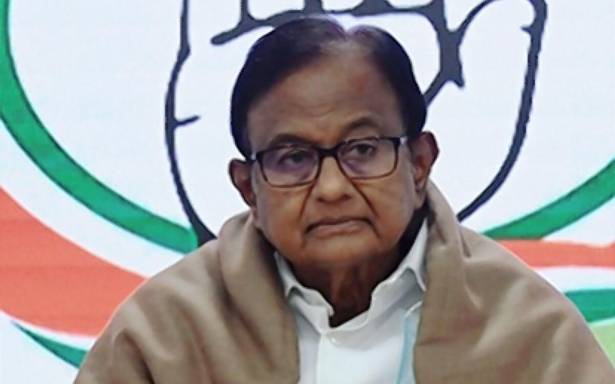 Opportune moment for Opposition parties to come together and take on BJP at national level, says ex-Finance Minister

The Narendra Modi government’s handling of the corona pandemic has dented the image of the BJP as a party that is fit to run a Central government and impacted the Assembly poll result, former Finance Minister P. Chidambaram said in an interview with The Hindu on Monday.

Mr. Chidambaram said the Opposition and the regional parties managing to defeat the BJP in three out of four States in the recently concluded Assembly polls can be the starting point for them to come together to take on it at the national level.

Talking about the Congress’s performance in the Assembly polls, the veteran leader said the issue was not so much about leadership as it was about addressing the organisational weaknesses, something that the group of 23 (G-23) letter writers had pointed out to party chief Sonia Gandhi.

“What is lacking is organisation. The leadership, as we have it, must get down to address the nuts and bolts of organisation.”

Watch | Regional parties have stopped the juggernaut of the BJP, says P. Chidambaram

He also suggested that national parties like the Congress should reinvent themselves by empowering State level leaders in terms of decision making and claimed that the BJP, that currently centralises decision making, too will pay a price for adopting a top heavy approach.

“Well, I can’t really pinpoint the reason why West Bengal election results turned out the way they are but I know that travelling the length and breadth of Tamil Nadu and being in close touch with the people over the last five months in preparation for elections, the pandemic and the sharp deterioration in the last two months has completely dented the image of the BJP as a doer, as fit and proper to run a Central government,” he said.

Watch | Regional parties have stopped the juggernaut of the BJP, says P. Chidambaram

“The BJP was always suspect in the minds of the Tamil people, but then the image that they had built as a doer and Modi Hain toh Mumkin Hain [Its possible to do with Mr. Modi] has been exploded. He and his Ministers have proved themselves to be completely incompetent. So that played a major part in Tamil Nadu and I assume that would have been a major factor in Bengal, especially in the last five rounds which took place after the surge.”

He said Mamata Banarjee-led Trinamool Congress defeating the BJP, the DMK-led alliance winning in Tamil Nadu and the Left Democratic Front winning in Kerala have proven that the BJP’s juugernaut can be stopped.

“As for national politics, this is not yet a turning point but could be the beginning of a turning point. If the 13 Opposition parties who issued a statement on Sunday on the corona situation understand the nature of India’s polity today and adjust with each other, they can present a formidable non-BJP front, that’s perfectly possible, perfectly doable and I hope it will happen,” he said.

On whether the results, especially the decimation of the Left and the Congress in Bengal, convey that old style of doing politics has changed, he said, “I have held the view for long that national parties must reinvent themselves to have their State parties closer to the people. Why do regional parties win? Because they are much closer to the people and the buck stops at the level of this State leader. There’s nobody in Delhi to kick the ball to.”

“Our problem is really not leadership, our problem is organisation” said the former Union Minister, adding, “I don’t think that issue can be boiled down to a single issue like, should Mr. Rahul Gandhi become president or not. Speaking for myself, I have no problem if he wants to become president because I know that is what the vast majority of workers want”.

To tackle the current surge in the pandemic, Mr. Chidambaram suggested an empowered group for round-the-clock decision-making apart from scaling up testing and increasing production of Covishield and Covaxin by invoking compulsory licensing provisions.

“We have these three clauses in the law made by Parliament. And if you don’t invoke them today, when will you invoke them? Why are they there — ornaments. They are emergency provisions and this is a national emergency,” he said.