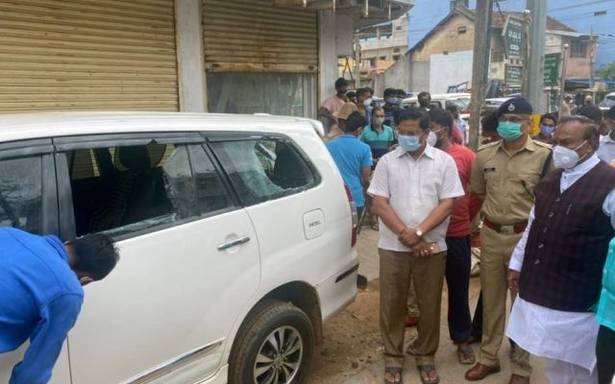 Around 20 vehicles were damaged by miscreants in Shivamogga City on Wednesday, May 19, 2021 night. Around 10 cars and an equal number of two-wheelers and an autorickshaw parked outside houses in Gandhi Bazar, Siddaiah Road and MKK Road were damaged. The miscreants are said to have hit window panes with rods and pelted vehicles with stones.

Following the incident, Minister for RDPR, K.S.Eshwarappa and Lok Sabha member, B.Y. Raghavendra, visited the localities and interacted with the people. They instructed the police officials to probe the matter and sought their immediate arrests.

Mr. Raghavendra said that six months ago a similar incident had happened in the same locality. “The police should probe if they were under the influence of drugs or not. It seems to be an attempt to break communal harmony”, he said.