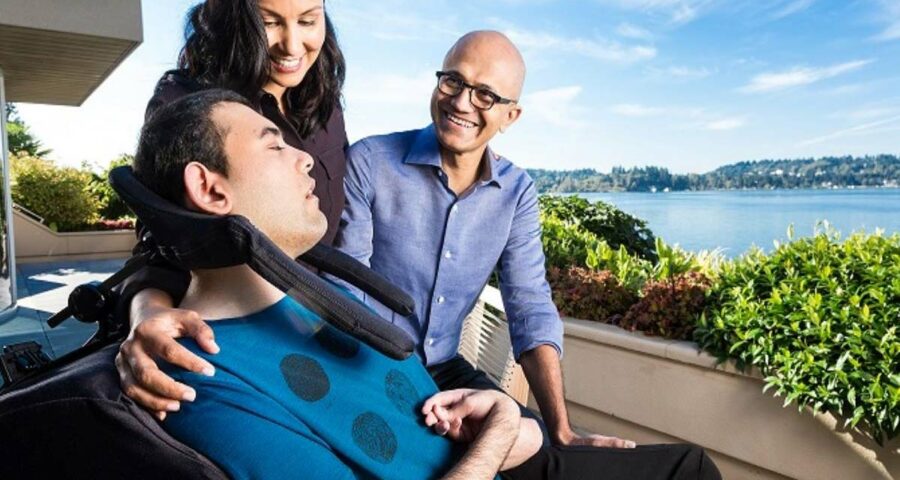 On Monday morning, Microsoft Corporation announced the death of Zain Nadella, the son of Chief Executive Officer Satya Nadella and his wife Anupama Nadella. Zain was 26 years old at the time.  He was born in the month of  August 1996 with a condition named cerebral palsy. Windows-maker Microsoft has asked its teams to hold the family in their thoughts and prayers while giving space to the Nadella family to grieve their loss privately.

The software maker informed  its executive staff in an email that Zain Nadella had passed away. Satya Nadella is the executive chairman and CEO of Microsoft, succeeding Steve Ballmer in 2014 as CEO and John W. Thompson in 2021 as chairman. Before becoming CEO, Satya was the executive vice president of Microsoft’s cloud and enterprise group, responsible for the  building and running the company’s computing platforms.

After the completion of engineering iN Hyderabad, Satya Nandella traveled to US to study for an M.S. in computer science at the University of Wisconsin–Milwaukee and  received his degree in 1990 Later, he received an MBA from the University of Chicago Booth School of Business in 1997.

In 1992, Satya  Nadella married Anupama,  and the couple has he couple have three children, a son and two daughters. His son Zain, who passed away,  was a legally blind quadriplegic with cerebral palsy.