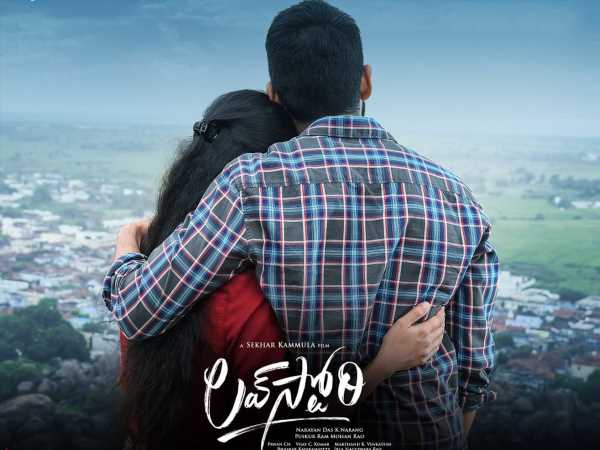 It is known news that Fidaa and Middle Class Abbayi fame Sai Pallavi is  working with Akkineni Naga Chaitanya for an upcoming romantic saga Love Story.  It is one of the much hyped movie of Telugu film industry, which is helmed by Sekhar Kammula, who introduced Sai Pallavi in Tollywood with Fidaa.  Now there is a good news for Sai Pallavi’ fans as the makers of Love Story are going to release a single Nee Chitram Choosi on 14th February on the occasion of Valentine day. The makers of Love Story confirmed the same by releasing a new poster.

The upcoming film Love Story has  Naga Chaitanya as fitness/Zumba instructor Revanth and Sai Pallavi as aspiring software engineer Mounica. In the month of January, the makers had unveiled the teaser. In the teaser,  Naga Chaitanya mentioned his dreams and plan for the future and how he started working from zilch,  whereas Sai Pallavi was a heartbroken about losing out on a job offer.

Apart from Naga Chaitanya and Sai Pallavi, the film Love Story also stars Rajeev Kanakala, Eshwari Rao and Devayani.  It  has the cinematography by Vijay C Kumar and editing by Marthand K Venkatesh.

On the other side, Sai Pallavi is also working  for Virata Parvam.