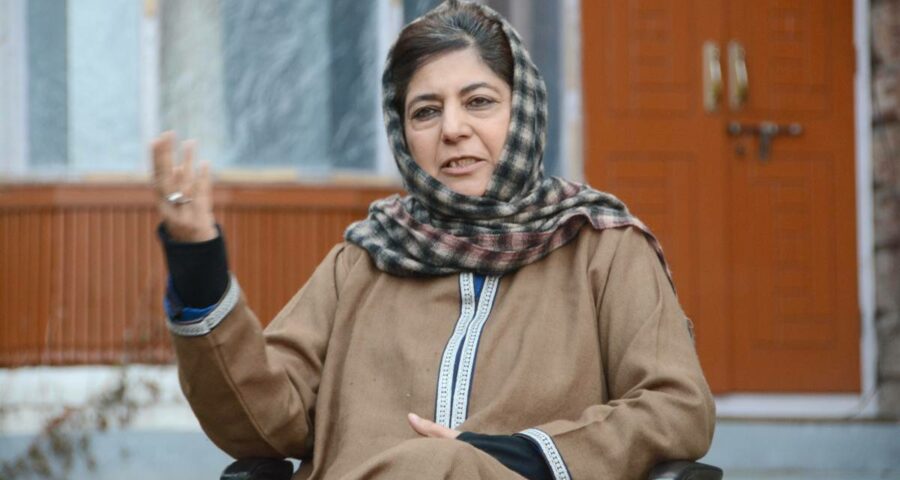 Commenting on the rejection of her application, PDP president Mehbooba Mufti said it shows the level of normalcy achieved in Kashmir. Former Jammu and Kashmir chief minister Mehbooba Mufti’s application for a passport has been rejected by the Regional Passport Office here, based on an “adverse” police verification report.

In a letter to the People’s Democratic Party (PDP) president, the passport officer has informed Mehbooba that her application for an Indian passport has been rejected as the Criminal Investigation Department (CID) of the Union Territory had recommended against granting the document to her.

The letter adds that Mehbooba can appeal against the decision at a higher forum provided by the Ministry of External Affairs (MEA).

Commenting on the rejection of her application, the PDP president said it shows the level of normalcy achieved in Kashmir.

“Passport Office refused to issue my passport based on CID’s report citing it as ‘detrimental’ to the security of India. This is the level of normalcy achieved in Kashmir since Aug 2019 that an ex-Chief Minister holding a passport is a threat to the sovereignty of a mighty nation,” she wrote on Twitter.