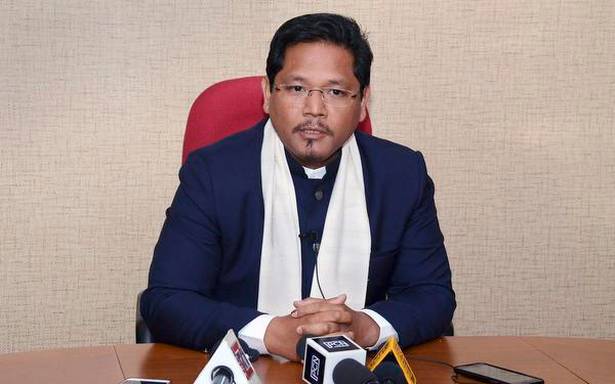 The Meghalaya government has said the order of any commission would not come in the way of shifting the colony of Dalit Sikhs from a prime location in State capital Shillong.

The assertion was in reaction to an order of the National Commission for Minorities vetoing the State government’s decision to relocate the residents of Harijan Colony or Punjabi Lane in the Iewduh or Barabazar area of Shillong.

“We will challenge in the court any status quo or any other order issued by the different commissions on this matter. We are ready to challenge them in the High Court or even the Supreme Court,” Meghalaya Chief Minister Conrad K. Sangma said.

The minorities’ panel had on October 8 directed the State government to maintain the status quo in the matter as ordered by the High Court of Meghalaya on April 9.

On the announcement made by Punjab Deputy Chief Minister Sukhjinder Singh Randhawa that he will take up the “eviction” move with the Ministry of Home Affairs, Mr. Sangma said the relocation decision had been taken after three-and-a-half years of detailed homework.

“Whatever steps we are going to take from now on will be legally sound and action will be based on proper documentation. We will also take up the matter with individual leaders in the Punjab government,” he said.

The Chief Minister said the ownership of the land — 2.5 acres bisected by a 300-metre lane — is with the government in terms of the lease signed with the Syiem of Mylliem. Syiem is a king-like traditional custodian of the land.

“The employees of the Shillong Municipal Board and other government departments residing in Harijan Colony are being asked to go to residential places allotted to them by the government. It is not that people will be simply left on the streets,” Mr. Sangma said.

He said the decision by the government was based on the recommendations of a High-Level Committee. The Harijan Panchayat Committee (HPC) had rejected the observations of this panel and claimed the Harijan Colony land, donated by the Syiem of Mylliem 200 years ago, belongs to the 250 Sikh families.

“The High-Level Committee had time and again asked the Harijan Colony residents to submit documents to prove their claim. But nobody came forward,” Mr. Sangma said.

HPC secretary Gurjit Singh said there was no question of shifting out of their own land that certain people wanted to grab for setting up commercial centres. “The Minorities’ Commission has asked the State government to furnish the full records of the case on October 15. The National Commission for Scheduled Castes has also sought detailed information, failing which its representatives would be summoned,” he said.