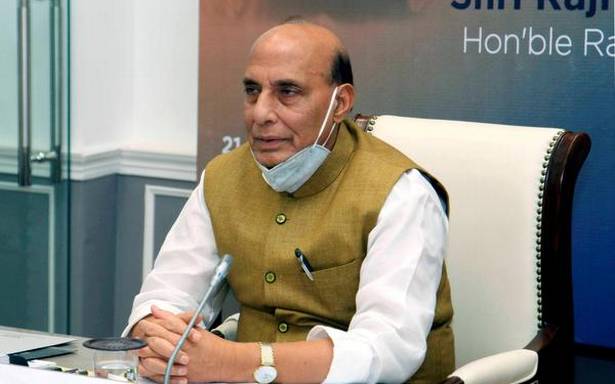 Stating that unhindered maritime activity is a necessity to move ahead on the path of rapid development, Defence Minister Rajnath Singh said on Saturday that India is a rising maritime power and its prosperity is largely dependent on the sea.

“India’s maritime zones must be safe, secure and pollution free. This will fulfil our security needs and ensure environmental health and economic development,” Mr. Singh said after conferring gallantry and meritorious service medals on Coast Guard personnel at an investiture ceremony. The Coast Guard which began with just 4-6 boats, is now one of the best maritime forces in the world with over 150 ships and 66 aircraft, he stated.

A total of 21 awards, including three President’s Tatrakshak Medals (Distinguished Service), eight Tatrakshak Medals (Gallantry) and 10 Tatrakshak Medals (Meritorious Service) were presented during the ceremony. The awarding of medals was in recognition of the selfless devotion, exemplary courage and acts of valour of the personnel under extreme conditions.

Referring to the fire-fighting and pollution response operations of the Coast Guard in the neighbourhood, Mr. Singh added, “These timely and courageous acts averted major devastation in the IOR and have positioned India as a responsible and capable maritime power.”

In the last one year, Cost Guard carried out 70 medical evacuations, conducted 555 search and rescue operations and saved the lives of more than 1,090 people.