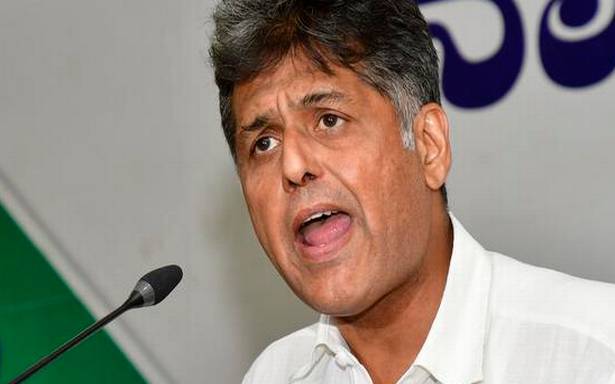 The Punjab CM had earlier asked the PPCC “rein in” his advisers,

Congress leader Manish Tewari on Monday, August 23, 2021 urged the party to introspect on whether those who do not consider Jammu and Kashmir as a part of India and have pro-Pakistan leanings should be part of the Punjab Congress.

He said such people mock all those who have shed blood for India.

"I urge Harish Rawat, AICC Gen Secy in-charge Punjab to seriously introspect that those who do not consider J&K to be a part of India and others who have ostensibly Pro-Pakistan leanings should be a part of Punjab Congress," he said on Twitter.

He termed the remarks by Mr. Sidhu’s advisers Malvinder Singh Mali and Pyare Lal Garg as atrocious and ill-conceived comments that were potentially dangerous to the peace and stability of the State and the country.

The Punjab CM also asked Mr. Sidhu to "rein in" his advisers, who he said, should stick to giving advice to the PPCC president and not speak on matters "of which they clearly had little or no knowledge and had no understanding of the implications of their comments".

Mr. Singh was reacting to the reported remarks of Mr. Garg, questioning his criticism of Pakistan, as well as an earlier statement made by Mr. Mali on Kashmir. Both of them were recently appointed by Mr. Sidhu as his advisors.