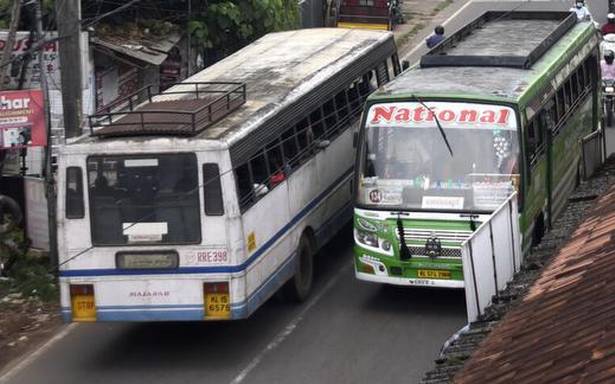 The Mananchira-Vellimadukunnu Road Action Committee has come out against Kozhikode North MLA A. Pradeepkumar, seeking clarification on the exclusion of the road widening project from the second phase of the Kozhikode City Road Improvement Project.

The committee leaders, including historian M.G.S. Narayanan, Gandhian Thayat Balan, Mathew Kattikkana and M.P. Vasudevan, in a statement here, said the 8-km stretch of Mananchira-Vellimadukunnu Road that needed to be widened had not been included in the recently announced projects. However, it welcomed the decision of the State government to improve eight roads in the second phase.

They said Mr. Pradeepkumar, who had been a legislator for the past 15 years, should explain the lapse to the city residents. The manifesto of the Left Democratic Front in the 2016 Assembly polls had clearly mentioned that the project would be taken up in right earnest, they added.

It was following an agitation that the government released ₹50 crore as the first tranche in July 2019. The amount remained unutilised in the Treasury for six months. The balance amount of ₹50 crore was released after 14 months and that too just before the three-tier local body polls, they said.

The committee leaders said that the Finance Department failed to transfer funds to the account of the Collector even though the Special Tahsildar had issued an order that the landowners in Chevayur and Vengeri villages had submitted the mandatory title deeds for the purpose. They said that a total amount of ₹184.5 crore was required to acquire three hectares of land for the road widening project. Only then could the Kerala Road Fund Board take up the project, they said.