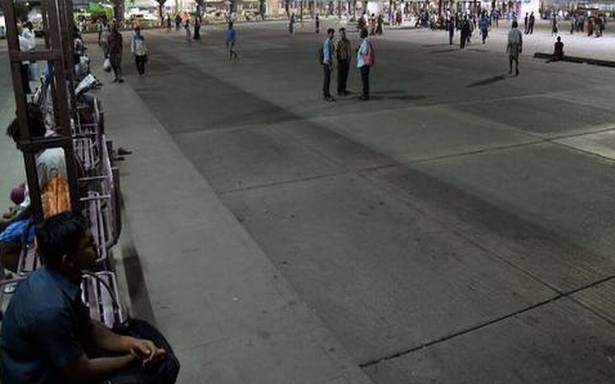 Police said the duo had a tiff over relationship

A man killed a woman who was asleep in a bay at the Puratchi Thalaivar Dr. MGR Bus Stand (formerly known as CMBT), Koyambedu, by setting her on fire early on Saturday. He later died by suicide.

Police said the victims were platform-dwellers. The man, identified as Muthu, 48, was a labourer in Vadapalani and the woman identified as Shanthi, 46, was doing conservancy work in Koyambedu. They were in a relationship for a few months, police said.

Muthu was angry as she continued to be in a relationship with another man working at the market. At 1.30 a.m., Muthu came to the platform near the fourth bay, where she was sleeping, poured petrol and set her on fire.

Passengers and shopkeepers put out the fire and alerted the CMBT police station.

Police reached the spot and moved the victims in an ambulance to Government Kilpauk Hospital, where doctors declared the duo ‘brought dead,’ said police.

(Those in need of counselling may contact T.N. health helpline 104 or Sneha’s suicide prevention helpline 044-24640050 for counselling.)