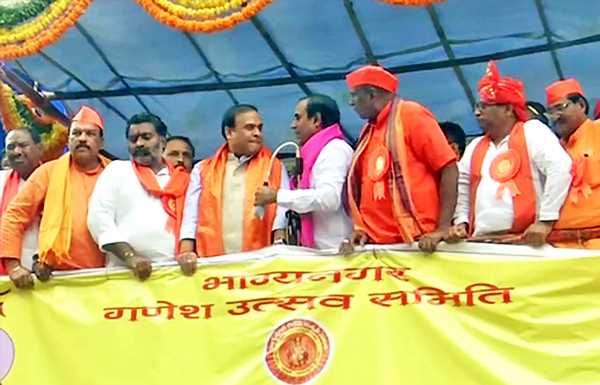 On Friday, September 9, a man was arrested for interrupting a speech given by an office-bearer of a Ganesh Chaturthi festival committee during a meeting in which Assam Chief Minister Himanta Biswa Sarma participated in Hyderabad.

Sarma was a guest of the Bhagyanagar Ganesh Utsav Samiti for the Ganesh festival.

The man tried to tear away the mike from Bhagyanagar Ganesh Utsav Samiti General Secretary Bhagwanth Rao while he was speaking and was seen glaring at Sarma and saying something.

Glimpses of what happened: 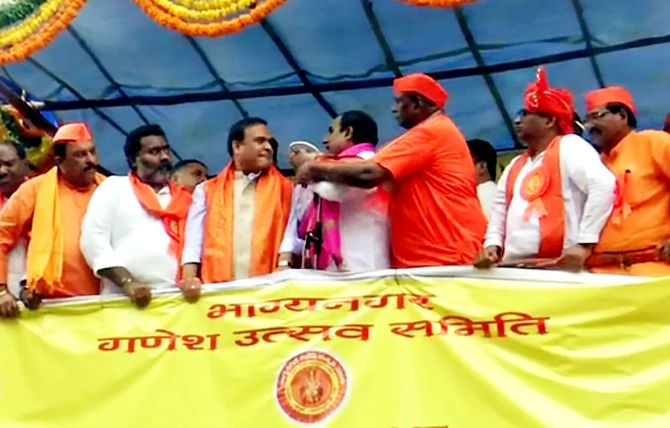