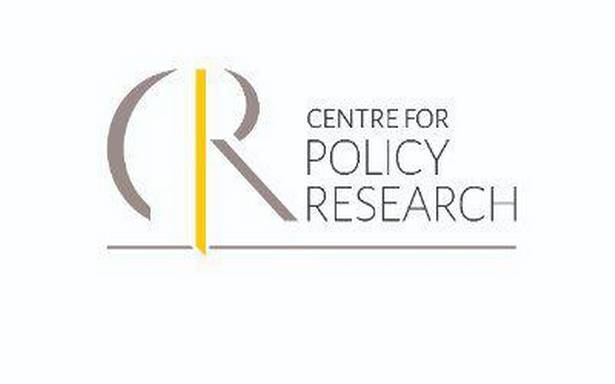 Authors dwell on internal and external threats, challenges to “Neighbourhood First” policy and concerns about the position in a possible U.S.-China conflict

India’s best hope for a successful foreign policy and national security is an economy growing in double digits and a less polarised democracy, says a new paper by senior former officials and analysts who warn that the development model is in doubt due to falling GDP figures.

The paper — “India’s Path to Power: Strategy in a World Adrift” — was released by the Centre for Policy Research in Delhi on Saturday, and dwells on the internal and external threats, challenges to the “Neighbourhood First” policy, and concerns about the position in a possible U.S.-China conflict, which they say is more likely now than in the past and could be triggered by events over Taiwan in the next decade.

The paper also critiques India’s ‘protectionist’ economic stance and climate change and cyber policies, and makes a detailed criticism on the state of democracy under the Modi government, which is likely to evoke some response from the ruling party.

“There is concern that Indian democracy is moving steadily towards ethnic majoritarianism, polarisation and divisiveness,” write the authors in the introduction of “India’s Path to Power”. “India’s vibrant electoral democracy appears to be morphing into a no-holds-barred contest for power…Indian democracy seems less inclusive today than at any point in its history,” they conclude, adding that the foreign policy is being driven by “domestic political and ideological factors” that have had a “perverse impact” on relations with Pakistan, Nepal and Bangladesh.

Significantly, some of the paper’s authors, a list that includes former National Security Advisor Shivshankar Menon, Lt. Gen. (Retd.) Prakash Menon, former special envoy on Climate change and nuclear issues Shyam Saran, academics Sunil Khilnani and Srinath Raghavan and analysts Yamini Aiyar, Nitin Pai and Ajit Ranade, had presented a similar work in 2012 entitled “Nonalignment 2.0”, that also made prescriptions for the previous UPA government’s foreign and security policy. Both Mr. Menon and Mr. Saran were in office at the time, and Mr. Saran subsequently served as Chairman of the National Security Advisory board during the Modi government’s first tenure.

The authors, who have replaced the term Non-alignment with the term “Strategic autonomy” that carries more currency in present times, write that they wished to update their policy prescriptions a decade later due to major developments that have changed the world, and in particular in the Indian subcontinent.

The paper predicts a “greater security preoccupation for India” in its neighbourhood given its proximity to the Indo-Pacific which is likely to become the theatre of U.S.-China conflict, as well as due to China’s willingness compared to the past, to “intervene in the domestic politics of India’s neighbours”, as in the case of Pakistan, Sri Lanka, the Maldives, and Nepal and “closer embrace” of other neighbours as well who are part of the Belt and Road Initiative.

In a departure from the current policy, the authors advocate engagement with Pakistan, calling on the Modi government to allow Pakistan to host the South Asian Association for Regional Cooperation (SAARC) summit, that India has refused to attend since 2016. It also refers to India’s membership of the Quad partnership with U.S., Australia and Japan, as well as the Russia-China led Shanghai Cooperation Organisation (SCO) as useful forums to exert “strategic autonomy” principles, though the authors predict a growing “political and security congruence” with the U.S. and a growing distance with China in the next few years.

On the subject of Chinese transgressions at the LAC since 2020 and the killing of Indian soldiers in Galwan, the authors, some of whom have dealt with previous border crises with China, say the China policy “must now be reset to the reality of a live border and of antagonistic political relations”, predicting that the “China challenge”, including incursions at various points at the LAC like Tawang, Depsang and the Siliguri corridor, will be India’s predominant security threat, and advises several measures, including expanding ties with the Quad, Russia, Turkey and Iran, as well as preparing a National Security Doctrine/Strategy, the absence of which has “handicapped military planning”.