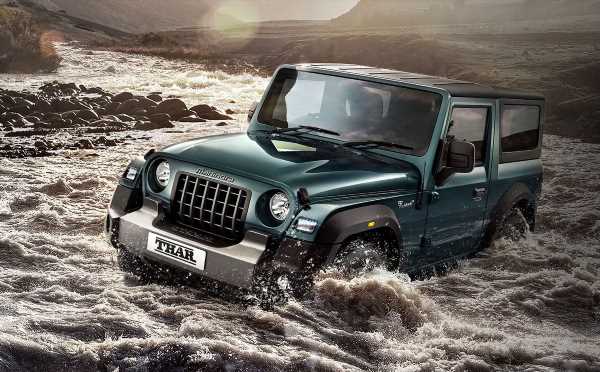 Most other auto firms in India including Maruti Suzuki, Tata Motors, Hyundai Motors, Kia Motors, Nissan, Renault and Honda Cars have either already curbed production or will do so soon. For Mahindra & Mahindra (M&M), which has just started executing a comeback strategy for wresting back ground it lost to rivals, this could not have come at a worse time.

The maker of the Bolero Neo and the Thar models on Thursday said it would have to halt production at its automotive plant for a week due to the worsening supply situation of semiconductors.

As a result of the “no-production” days, the company’s overall output during the month is expected to contract 20-25 per cent, the company said in an exchange filing.

The announcement by the Mumbai-based utility vehicle major comes two days after Maruti, the car market leader, informed the exchanges of a potential loss of 40 per cent in its output due to semiconductor shortage.

With demand far outpacing supplies due to Covid-19-induced shutdowns, automakers worldwide have been grappling with shortage of the microprocessor chip.

Most of the other automobile firms in India, including Tata Motors, Hyundai Motor India, Kia Motors, Nissan, Renault, and Honda Cars, have either already curbed production or will do so in the coming weeks.

“The company’s automotive division continues to face supply shortages of semiconductors, which has further accentuated due to Covid lockdowns in some parts of the world,” said M&M in a statement.

M&M will be observing ‘no-production days’ of around a week at its automotive division plants this month, it said.

As a result of the halt in production, the company’s revenue and profitability will be impacted in line with the fall in production volumes.

“Since the situation is dynamic, the company is carefully reviewing the supply situation,” said M&M.

It expects the struggle to get chips to continue into 2022.

This means that a particular market will be given priority for chips – which are being sourced centrally by the parent company, on the basis of a market’s profitability.

To deal with the current situation, most companies are reorienting their model and variant mix.

Automakers are faced with production cuts at an unusual time – ahead of the very critical festival season.

The 32-day period – starting with Navratra and extending till Diwali – is considered to be auspicious by buyers for purchase of high-value items.

The period accounts for close to a third for passenger vehicle makers’ annual sales.

In anticipation of an increased demand, companies typically boost production.

But faced with a chip shortage, they are bracing for a cut, rather than a ramp-up.

As the demand and supply gap widens for chips in the coming weeks, companies will shell out more to procure chips and will be forced to pass on the additional cost burden to buyers, said Gupta.

As a result, prices will shoot up further.