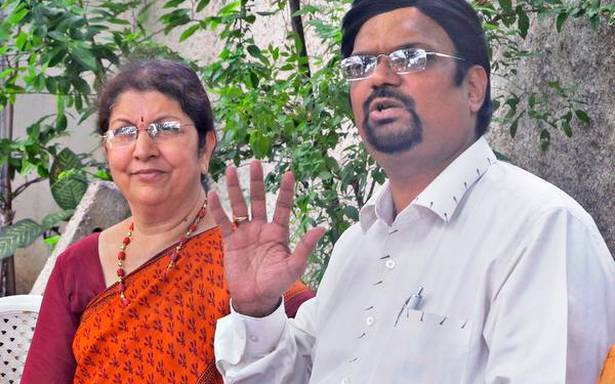 Mahesh Joshi, former director of Doordarshan, is set to be elected Kannada Sahitya Parishat’s next president with a record margin.

The counting of the votes polled in the State — 1.59 lakh — has been completed and Dr. Joshi is leading with a margin of 46,168 votes against his nearest contender, Shekhargowda Malipatil. However, the final results will be announced on Wednesday as nearly 4,000 out-of-State votes are yet to be counted.

Dr. Joshi told The Hindu he aims to make the parishat “people friendly”. “Presently, there are 3.45 lakh members in the parishat, which is too little. I have decided to halve the membership fee to ₹250 and carry out a membership drive across the State and aim to increase the membership to one crore in the next five years,” Dr. Joshi said.

He added that he would design a mobile application for the parishat through which one can become a member, access newsletters and participate in several programmes.

Responding to allegations that he had introduced “party politics” into parishat elections, being backed by the ruling Bharatiya Janata Party (BJP), Dr. Joshi said he was “politically neutral” and would ensure “autonomy of the parishat”.

However, Dr. Joshi said, “I sought support from across the political spectrum, not just the BJP. Unless people from across ideological divides, regions, and even party affiliations voted for me, I would not have won with such a big margin. I will ensure I do not let anyone down and will maintain my political and ideological neutrality,” Dr. Joshi said.

He added that he would not get into “an unnecessary confrontation with the government” but instead work in harmony with the State. “My ideology is Kannada,” he said.