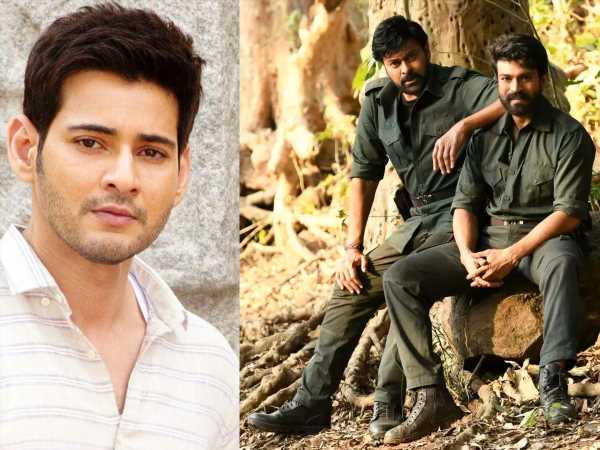 After the super success of RRR, mega power star Ram Charan is now looking forward to his next film Acharya with his megastar father Chiranjeevi which is helmed by Koratala Siva.  The father and son duo will be seen sharing the screen space after a long time and fans are super excited to see them on the big screen together.  It has Pooja Hegde and Kajal Aggarwal in the female lead roles.  According to the latest report, Telugu superstar  Mahesh Babu has given voice over to  Chiranjeevi and Ram Charan starrer Acharya.

The sources say that Mahesh Babu will start the proceedings with this voice, and give the introduction on Padaghattam- the fictional town where the story of Acharya is set. The reports are coming that when the makers of Acharya asked about the voice over, Bharat Ane Nenu star gave his nod immediately.

Helmed by Koratala Siva,  Acharya is set for a worldwide release on 29th April.  Recently during the media interaction, Koratala Siva said his film will be a visual treat for the movie lovers. Ram Charan is playing the major role named Siddha, whereas duky beauty Pooja Hegde is playing his lady love. The pre-release event  of Acharya is expected to take place on 23rd April.