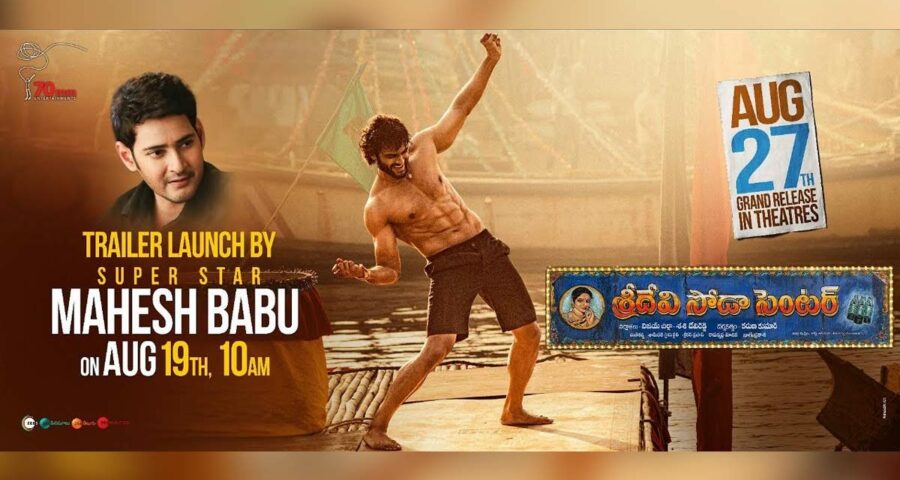 Sudheer Babu, who was last seen in Mohan Krishna Indraganti’ directorial venture  V, is excited for the release of his next film, Sridevi Soda Center.  The romantic entertainer is directed by Karuna Kumar, the film is slated for theatrical release on 27th August. Sudheer Babu is essaying the role of a lightman. Now according to the latest report, Telugu superstar Mahesh Babu  has decided to extend his support to his brother in law and actor Sudheer Babu and he is now going to launch the trailer of Sridevi Soda Center on 19th August at 10 am.