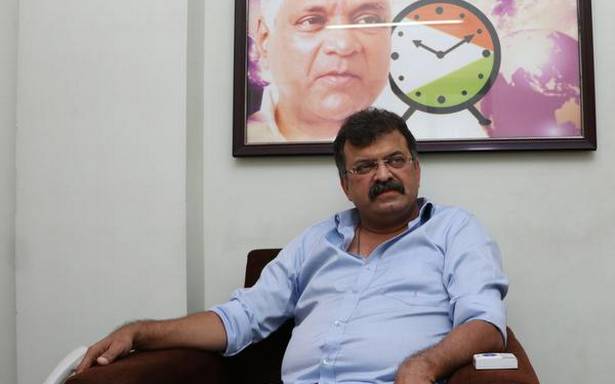 The BJP in Maharashtra on Tuesday hit out at Nationalist Congress Party (NCP) Minister Jitendra Awhad and the ruling Maha Vikas Aghadi (MVA) government over the former’s allegedly pejorative remarks on the OBC community.

Speaking on the occasion of social reformer and educationist Savitribai Phule’s birth anniversary on Monday, Mr. Awhadhad admonished the OBC community for not doing enough to secure its rights.

“I don’t have much faith in the OBCs. Despite the Mandal Commission which held out reservation for the OBCs, the community’s leaders were not in the field to fight because it seems the community does not want to fight to secure their rights. It was the Mahars and other Dalits who fought,” Mr. Awhad said.

The NCP leader added that it was pointless fighting for one’s rights on WhatsApp and that the community had to take to the streets if it really sought reservation, and work hand-in-hand with the State government.

Taking umbrage at the Minister’s remarks, Mr. Padalkar said he was not aware of what history Mr. Awhad read.

“I think he [Mr. Awhad] is just a ‘contract worker’ who makes such remarks to please the powers that be. Is not Mr. Awhad aware that hundreds of OBCs had immolated themselves at the time of the Mandal Commission?” Mr. Padalkar said.

He further alleged that the MVA government had no idea about what the State’s Backward Classes Commission was doing and whether a sub-committee of OBC ministers it appointed was functioning.

“Does this government know whether the work of collecting empirical data [on the OBC community] has begun? Instead, the MVA’s ministers are busy making phoney promises about granting reservation for the community,” said the BJP leader. He added that the MVA had been treating the OBCs as ‘foot soldiers’ and was now suddenly projecting its love for the community for crass political gain.

The BJP leader also targeted Deputy Chief Minister Ajit Pawar who has said that there won’t be local bodies’ elections till the empirical data (to prove that the OBCs are ‘politically backward’) was collected.

“If you [Mr. Pawar] really have any love for the OBCs, then why does not your government field OBCs in all constituencies in the local bodies polls…the BJP would do this,” said Mr. Padalkar.

In December last year, the Supreme Court had dismissed the Maharashtra government’s writ petition which sought the BJP-led Centre to make public the raw data gathered in the 2011 socio-economic caste census (SECC-2011).

Since then, the BJP has been accusing the MVA of its “delaying tactics” and alleged “inefficiency” for having cost reservation to the Other Backward Classes (OBC) in forthcoming local body polls.